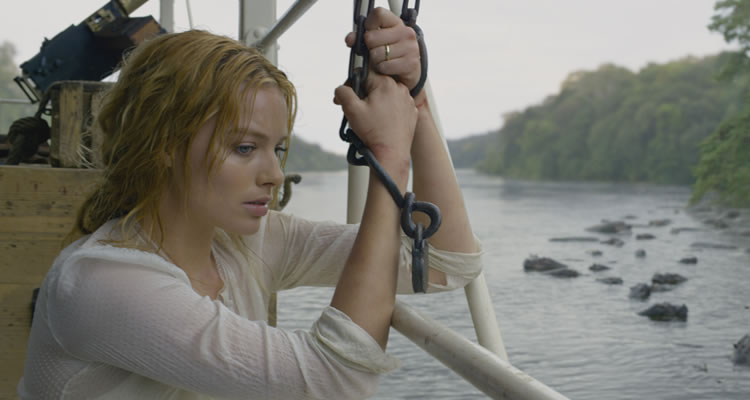 The Legend of Tarzan

THE LEGEND OF TARZAN (USA/12A/110mins)
Directed by David Yates. Starring Alexander Skarsgard, Margot Robbie, Djimon Hounsou, Christoph Waltz, Samuel L. Jackson.
THE PLOT: It has been many years since Tarzan, now known as John Clayton (Alexander Skarsgård), left Africa to be with his one true love Jane Porter (Margot Robbie), but they are drawn back to the land where they met by a plot by the Emissary of the Belgian King Leon Rom (Christoph Waltz). Ostensibly, Tarzan is in Africa to investigate claims of slavery by George Washington Williams (Samuel L. Jackson), but when Jane is kidnapped by Rom and his mercenaries, Tarzan knows that there is a lot more going on in this land that he loves.
THE VERDICT: The last live-action story with Tarzan at its heart was 1998’s ‘Tarzan and the Lost City’, and Tarzan last appeared on the big screen in the ill-fated mo-cap mess ‘Tarzan 3D’ with Kellan Lutz in the lead role. There has always been a fascination with Edgar Rice Burroughs’ most famous character, and this new outing sees the Lord of the Jungle return home to save the natives from the white man.
Alexander Skarsgård leads the cast as the lord of the jungle, and does fine in the role, backed up by Margot Robbie, Samuel L. Jackson, Christoph Waltz and Djimon Hounsou. The trouble is that Skarsgård, like the rest of the cast, is up against some pretty tough obstacles in making the characters feel rounded and real. Christoph Waltz sadly never gets a chance to be anything other than the charming villain we have seen him play a million times, and while he does this well, it feels very repetitive and familiar. Margot Robbie does OK as Jane Porter; the actress tries her best not to make the character a damsel in distress, but is fighting against a script that keeps putting her in situations where she needs to be rescued. Samuel L. Jackson brings some levity to proceedings, but these attempts often feel out of place and don’t always work. Djimon Hounsou fares the best out of the central cast, making Chief Mbonga graceful and intimidating.
Screenwriters Adam Cozad and Craig Brewer picked up where Burroughs left off, placing a Westernised Tarzan back in the world he grew up in. There are issues with this from the start, but the most glaring is the fact that the African natives need a white man to save them from the Westerners. This is more than a little problematic, patronising and awkward, and sets the tone for much of the film. The dialogue for the film is uninspired but gets the job done, and there are times when the film jumps through time with no warning, leaving the audience wondering just what the heck is going on.
‘The Legend of Tarzan’ is director David Yates’ first big screen outing since the final ‘Harry Potter’ film five years ago, and although there are moments where the film works, it is clear that the film struggles with the copious use of – often shoddy – CGI, and trying to make the characters feel fresh and new when they are so well known to audiences. The action sequences – CGI aside – are fine, although many of them feel disjointed and don’t make a huge amount of sense.
In all, perhaps ignoring the plot and enjoying Skarsgård shirtless is the way to go for ‘The Legend of Tarzan’, as the dialogue is thin, the plot is jumpy, the CGI is often laughably bad and the jokes – such as they are – don’t land.
RATING: 2/5
Review by Brogen Hayes