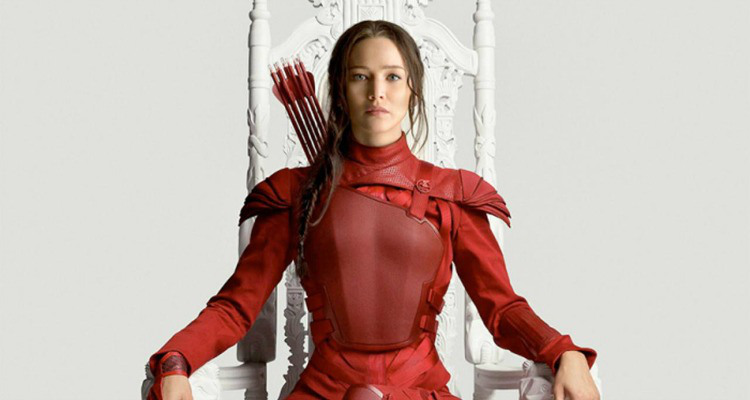 [simplecinema]THE HUNGER GAMES: MOCKINGJAY – PART 2 (USA/12A/137mins)
Directed by Francis Lawrence. Starring Jennifer Lawrence, Julianne Moore, Philip Seymour Hoffman, Woody Harrelson, Donald Sutherland, Josh Hutcherson, Jena Malone, Sam Claflin, Liam Hemsworth, Natalie Dormer.
THE PLOT: “Ladies and Gentlemen, Welcome to the 76th Hunger Games”, so says Finnick Odair (Sam Claflin) as the rebels from District 13 make their final assault on the Capitol to take down President Snow (Donald Sutherland) and win freedom for all of Panem. Of course Katniss (Jennifer Lawrence) cannot sit on the sidelines – even after she was almost choked to death at the end of the last film – and she is right in the mix with the rest of the fighters, but it is not long before a new and more dangerous threat than the Capitol emerges.
THE VERDICT: So ‘The Hunger Games’ franchise has finally come to an and – unless those rumoured prequels come to pass – and we finally get to see the epic conclusion to the story of Katniss Everdeen and her fight against the oppression of the Capitol. The trouble is that in the wake of the attacks on Paris, only a few short days ago, there are parts of the film that feel uncomfortable to watch, and a little too on the nose.
Jennifer Lawrence, as always, is strong as the brave, valiant and loyal Katniss, and once again she is made an unwilling figurehead of the fight against President Snow. Lawrence is joined by some familiar faces, including Jena Malone, Josh Hutcherson, Liam Hemsworth, Woody Harrelson, Julianne Moore, Elizabeth Banks and, in his final on screen performance, Philip Seymour Hoffman. The cast do well with what they are given, with Malone, Banks and Moore standing out in their roles.
Peter Craig and Danny Strong’s screenplay follows on from where the previous film left off; with the rebels bringing the fight to President Snow. In representing warfare on screen however, there are some elements of the film that feel a little too close to home, and a little uncomfortable, such as those loyal to the Capitol arriving on trains with refugees and immediately turning on those we are supposed to root for in the film, and people in crowds being picked off one by one. Of course, these scenes were written long before the attacks in France took place, but in their aftermath, they make for difficult viewing. As well as this, there are times when the film feels unnecessarily drawn out and in the end, anticlimactic.
Director Francis Lawrence has coaxed consistent and engaging performances from his actors, with the female cast coming out of the film particularly well. The pacing of the film, however, is messy and drawn out, with short scenes seemingly going on forever, and much of the main action happening off screen. The action scenes, however, are a lot of fun, and capture the energy of the first two films, but there are not enough of these to keep the film’s energy up for its 137 minute running time.
In all, ‘The Hunger Games: Mockingjay – Part 2’ is a fitting end to ‘The Hunger Games’ franchise. Lawrence, Malone, Moore and Banks are on fantastic form and the action scenes in the film are strong, but bad pacing, a drawn out story and an anticlimactic ending drag this film down from great to simply serviceable.
RATING: 3/5
Review by Brogen Hayes