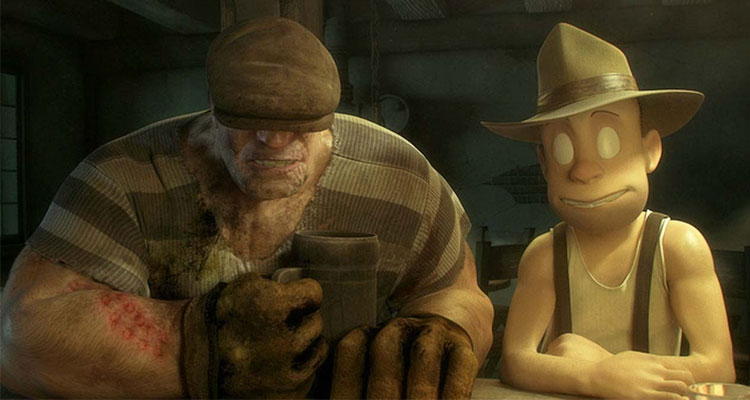 THE GOON Movie Finally Back in Development

The big screen adaptation of Eric Powell’s Eisner Award-winning comic ‘The Goon’ is back from the dead and officially in development, with the news that the project is now set up over at 20th Century Fox with Peter Chernin and his Chernin Group producing.

Described by Tim Miller (‘Deadpool,’ ‘Terminator: Dark Fate’) as ‘Army of Darkness’ meets ‘Goodfellas,’ the long running comic follows the adventures of a muscle-bound brawler who claims to be the primary enforcer for a feared mobster. The stories have a paranormal and comedic edge to them and concern ghosts, zombies, mad scientists and “skunk apes.”

You can check out the excellent “proof of concept” teaser below.