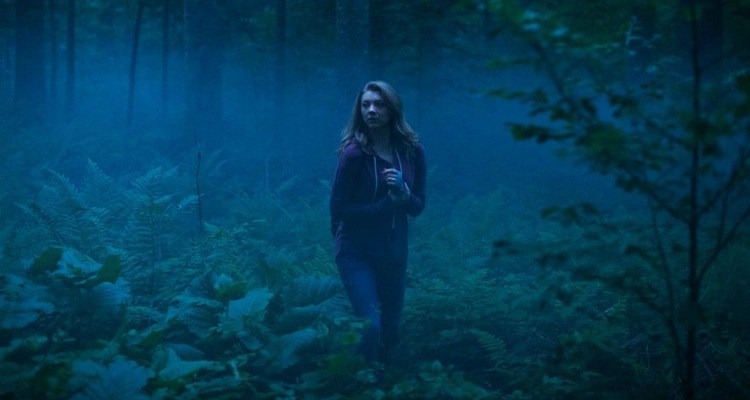 THE FOREST (USA/15A/93mins)
Directed by Jason Zada. Starring Natalie Dormer, Eoin Macken, Stephanie Vogt, Taylor Kinney, Yukiyoshi Ozawa.
THE PLOT: Thirtysomething housewife Sara (Dormer) has a pretty sweet life, being married to successful restaurateur Rob (Macken), her happy life interrupted only by a call from the school in Japan where her identical twin sister, Jess (also Dormer), teaches. Jess has gone missing, having last been seen entering the notorious Aokigahara forest – a local suicide hotspot full of hocus pocus and trees that go creak in the night. Flying straight to Tokyo, Sara is unconcerned about all the ominous Ghibli-esque myths and legends surrounding the forest, meeting up with American travel writer Aiden (Kinney) as she goes deeper into “the sea of trees”…
THE VERDICT: Even beyond the Japanese setting, but there’s something about this supernatural horror from Jason Zada that feels like yesterday’s boos.
Natalie Dormer won’t be making the leap from small screen ‘Game Of Thrones’ fame to the big leading lady league with this painfully bland offering, The Forest being the sort of so-so horror that would need buzzers in cinema seats to jolt an audience. When the frights do finally arrive here, they’re just about scary enough to make Vincent Price snigger.
RATING: 2/5
Review by Paul Byrne