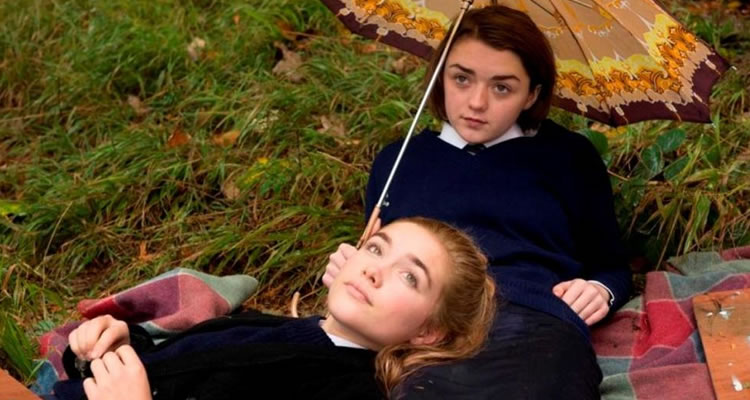 THE PLOT: Set in an all-girls school in England, 1969, best friends Lydia (Williams) and Abbie (newcomer Pugh) are struggling with everyday teenage issues – such as, you know, pregnancy, and your brother getting off with the girl you secretly desire – when the wobble in their friendship triggers a strange psychogenic illness that’s soon gripping their classmates. This mass hysteria boasts such perplexing symptoms as fainting, nausea, severe headaches and convulsions, and its origins may be in the raging hormones, a sexual awakening, or it could just be linked to Lydia’s difficult relationship with her agoraphobic mother (Peake).

THE VERDICT: Inspired by real-life mass hysteria cases around the world – and, in particular, the 240 pre-teen and teenage girls in El Carmen de Bolivar, northern Colombia, hospitalised due to shortness of breath, headaches, nausea and fainting spells – Carol Morley’s second feature (after 2011’s true-life docudrama DREAMS OF A LIFE) is a sensual and seductive affair. Shades of PICNIC AT HANGING ROCK, SWEETIE, INNOCENCE and HEAVENLY CREATURES abound, but Morley is enough of a culture vulture to make this tale her own.

She’s aided and abetted beautifully by Williams and Pugh, whilst Morley regular Peake struggles to make an impact, even if her caged character is a crucial part of the jigsaw.

Capturing the magic and tragic that comes with lust’s first kiss, THE FALLING may not tread new ground here, but it does stand on its own two feet. Now, if you don’t mind, I’m off to my Born To Pun class.