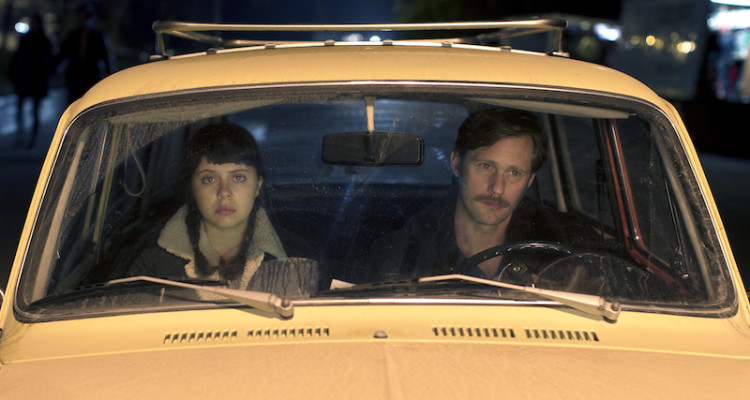 The Diary of a Teenage Girl

THE DIARY OF A TEENAGE GIRL (USA/18/102mins)
Directed by Marielle Heller. Starring Kristen Wiig, Alexander Skarsgard, Bel Powley, Christopher Meloni, Margarita Levieva, Madeleine Waters, Abby Wait, Quinn Nagle
THE PLOT: Against the backdrop of San Francisco in the late 1970s, 15-year-old Minnie (Bel Powley) strikes up an affair with her mother’s boyfriend Monroe (Alexander Skarsgard). This opens Minnie up to a new world of experiences, but her almost compulsive desire to document her young life inevitably leads to her secrets being discovered.
THE VERDICT: Based on Phoebe Gloeckner’s graphic novel – which director Marielle Heller previously staged as a play – THE DIARY OF A TEENAGE GIRL is the examining of sexual awakening, and a young teenager setting foot on the road to adulthood.
Bel Powley is incredibly strong in the leading role as Minnie; the dialogue feels familiar to anyone who ever was a teenage girl, and while Powley allows this to be as self indulgent as it should be, she keeps the character feeling grounded throughout the film. Powley makes Minnie a Lolita-esque figure, albeit a lot older than Nabokov’s character, and although she pouts ‘truths’ like a sexually active teenager, Minnie still dresses and behaves more like a little girl, and Powley strikes a balance between the two. Alexander Skarsgard is charming as Monroe, and rarely seems to be struck with a crisis of conscience about the fact that he is sleeping with his girlfriend’s teenage daughter, Kristen Wiig actually does not have a lot to do as Minnie’s mother Charlotte, but she hovers on the fringes of the film, both stifling and ignoring her daughter. The rest of the cast is made up of Christopher Meloni, Margarita Levieva, Madeleine Waters, Abby Wait, Quinn Nagle and Austin Lyon.
Marielle Heller’s screenplay not only captures the free wheeling feel of San Francisco in the 1970s, but also the feel of being a teenage girl, at any stage in history. The dialogue feels real in its self-absorbedness, and the animated sequences around Minnie’s imagined conversations and flights of fancy are delightful, until they give way to Hunter S. Thompson-esque drug addled visions. There are times when it feels as though the film should have addressed the issue of statutory rape, but this being ignored is explained through Wiig’s character and her attitude toward life, her daughter and particularly, narcotics.
As director, Heller mixes fantasy and reality well, and makes sure that the audience is aware that we are seeing this story through the eyes of just one of its participants; making it feel as though we are truly leafing through Minnie’s diary at times. The movie stumbles from time to time, however, as the animated sequences come and go, Minnie becomes infatuated with graphic novels then leaves them to fall by the wayside, and her descent into drugs and further sexual experiences seems sudden and a little forced. As well as this, the film’s pacing is messy, which makes it feel a lot longer than it actually is.
In all, THE DIARY OF A TEENAGE GIRL is a strong coming of age tale, with the character becoming a sexual being, but never quite becoming an adult. Bel Powley is incredibly strong as Minnie, and Skarsgard and Wiig back her up well, but the film suffers through ideas being left to fall by the wayside, and some messy pacining.
RATING: 3.5/5
Review by Brogen Hayes