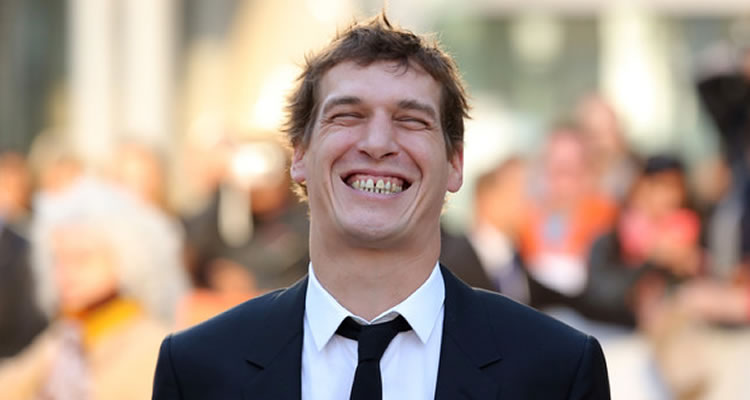 THE CONNECTION – Behind the scenes with director Cedric Jimenez

With THE CONNECTION, French filmmaker Cedric Jimenez offers up another chapter in the long-running, true-life drug-smuggling saga.

It may seem like simple box-office sense to highlight another incredible true story centred around the decades-long international drug-smuggling operation loosely known as The French Connection, but French filmmaker Cedric Jiminez has a strong connection to this latest chapter.

Taking place several years after New York cop Popeye Doyle went feral chasing down a drug lord in William Friedkin’s 1971 masterpiece THE FRENCH CONNECTION, Jiminez’s THE CONNECTIONexamines how the drug wars were being fought in his hometown of Marseilles. Starting in 1975 (the year The French Connection II was released), we meet juvenile-court magistrate Pierre Michel (Jean Dujardin) just as he’s promoted to overseeing organised crime investigations. With previous experience helping kids hooked on heroin, Michel is determined to go after ‘La French’ – headed up by Gaetano Zampa (Gilles Lellouche). And so the story begins…

A big hit at festivals around the world – having debuted in Toronto to rave reviews, and similarly ecstatic hoorays here when it played the Jameson International Film Festival in March – The Connection hits Irish screens this Friday.

Most people are going to think of THE FRENCH CONNECTION here – only, this time, it really is French. Did you try not to think of William Friedkin’s 1971 action thriller classic when it came to telling this chapter of the story?
CEDRIC JIMENEZ: I can understand that, of course, but the connection is, after all, on this side of the Atlantic. Hence that title. You could make 20 movies about the French connection, because there were so many people involved, on the good side and the bad side of the law. I would never be so pretentious as to try and make a movie close to William Friedkin’s masterpiece. It’s a little like making a movie about the mafia – you’re automatically going to step on the toes of THE GODFATHER. It’s just that world.
This is really the story of this real-life judge, Pierre Michel – an incredible man, and we wanted to get as deep down into his life as we possibly could. So, it’s a very different movie. In some ways, there is no real connection other than the organisation. Different time-frame here, different characters.

You co-wrote the script with Audrey Diwan, someone you’d worked with before on 2012’s AUX YEUX DE TOUS – who came to who with the idea for La French?
CJ: I’m from Marseilles – I was born there – and I grew up knowing about this judge. I was five years old, or something like that, when he died, and it was a major event. It’s a story that’s very much part of Marseilles history, and something that we all felt strongly about. I share my life with Audrey, so, when I started to write the script, she did it with me. And she brought a lot, as she had some distance from the story itself. She could find what would be interesting to someone who didn’t already have all this history running through their veins.

Jean Dujardin plays real-life Marseille judge Pierre Michel [assassinated on October 21st, 1981]; did you go deep into his life, or was this about creating your own particular take on these six years?
CJ: Both. When you do a true story, you have to be honest, and you have to treat that story with respect. You are telling someone’s story, and you have to be as true as possible, for their life to be presented properly. But you also have to put some kind of interpretation of this life. You have to do the movie, and that will be your voice, your telling of the story. It’s a constant balance, and once you’re respectful, and you know the facts, you must have some artistic freedom too. It’s all about honesty. So, if you invent something, you try to be honest, to be true to that person’s personality. That was my goal – to be true to his personality.

Were there cinematic reference points you suggested Jean and the rest of the cast check out before the cameras rolled? Or were there movies you told them to avoid?
CJ: Yeah, yeah. There is a book about the judge that’s quite good, and I knew a lot of people who were friends with the judge, who knew him. So we spent a week there, Jean and myself, talking to these people, getting to know what kind of guy he was. Some people hated him, some people loved him. It was very helpful to have these close friends and enemies describe him.

Your first solo director gig on a big feature – a natural step, or a baptism of fire?
CJ: It was a natural step. The first feature I shared because the guy had the idea, and then we shared the job, and the credit. This one, I felt keen to direct it myself, of course, and the team were all on board with the same idea, the same intentions. It’s much easier when you know where you’re going, and when you have a good cast, a good crew. It doesn’t really matter if you’re making a two-million-euro movie or a twenty-million-euro movie, if the team around you are good, it’s the same experience.

Editor Sophie Reine does some incredible work here – your Theresa Schumacher from now on – as does cameraman Laurent Tangy. Build up a regular crew, or do you prefer a fresh cast behind the camera too for each new film?
CJ: Yeah, I like to have the same team, very much so. It’s just so much easier when you all trust one another, and you each know what the other is capable of. It’s a big adventure, when you get together to make a movie, and everyone has to rely on one another a lot. So, it’s very important that you have people around you that you can rely on, people that will be good there for you. And it’s important that you will be there for them too, of course.
My DP did my first film, and this one, and the next. Same with costume design. These people are my friends now, and I love that. We are a family.

THE CONNECTION went down rather well at Toronto last September – do you feel satisfied once the film is done, once it gets good reviews, or once it’s a hit at the box-office?
CJ: I’m never more satisfied than when I’m doing it. After, of course it is nice when everybody likes it, and give it good reviews. But, for me, for me, the best part is when I make the movie.

Where to next? Keen to follow this trail, or would you rather shift gears into an entirely different genre?
CJ: I’m working on a new movie right now, which will be in the English language. Jack O’Connell will be one of the stars, alongside Rosamund Pike and Mia Wasikowska. I’m very excited about this one – it’s called HHHH, and it’s set in 1942, when The Third Reich are at their peak.
It’s a natural step – English will be easier, better for the movie. Every movie has a truth, and whatever that movie needs, you have to recognise that. It’s not really a career plan then; each new project dicates what you should do, how you should work this time out.

Was film always there?
CJ: I always loved film, right from a very early age, but I didn’t know that I could do it. I didn’t go to school; I was just passionate about cinema. Opportunities happen, and it led me to making movies. Which I am so happy about…