To celebrate the release of ‘The 5th Wave’ in Irish cinemas, Sony Pictures challenged blogger and travel enthusiast Tara [whereistara.com] to take part in a day of survival training with The Adventure Agency in Wicklow, to see if she could survive a world ending event.

‘The 5th Wave’ is the story of Cassie (Chloe Grace Moretz) who, in the wake of an alien attack on Earth, is left to care for her younger brother after their parents are killed. When the two are separated, Cassie is determined find her brother again but since there have been four waves of the attack on the planet, the people are bracing themselves for a fifth; one that could be the most deadly of all.

Tara jumped at the chance to hone her survival skills, having never been a girl scout and having been camping maybe three times in her entire life. Keep reading to find out how she got on.
The first lesson of the day was navigation, which Tara and those on the adventure day with her managed fairly easily. Then it was time to learn how to make a fire; this was definitely not as easy as it looks. They ended up having to use cotton wool dipped in Vaseline (the actual branded stuff, don’t buy the cheap versions) to get the fires started and even then there was really only one successful fire out of the group of 10 would-be survivalists. The wet ground in Wicklow may have had something to do with how much the group struggled with this task though; let’s hope it’s not raining if aliens ever invade!! 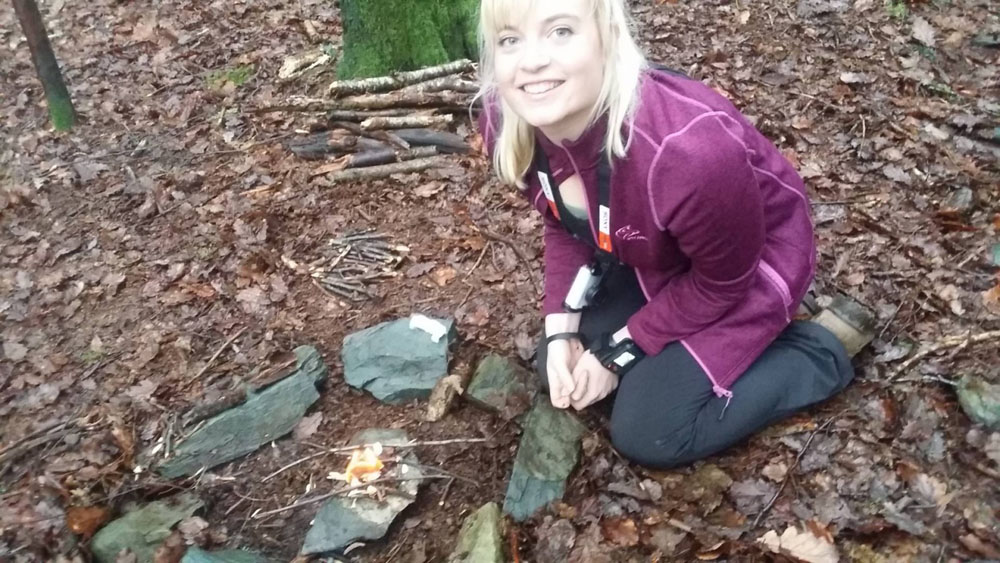 After that it was time to learn about survival first aid. Apparently leaving an injured person behind to distract the invading aliens is not best practice, so the group learned all about splints and mountain rescue. It takes 21 people to rescue someone from a mountain, although truth be told, in the event of an alien invasion Tara wouldn’t have the option of calling mountain rescue anyway. Luckily Tara knows first aid pretty well since she works as a pharmacist when she is not travelling the world!

The final lesson of the day was all about building shelters, which is pretty essential considering the weather in Ireland. The group split into teams and attempted to make a shelter big enough for 5 people. Surprisingly, this was the hardest challenge of all. Tara and her team ended up having to restart their shelter after about 10 minutes and even when they had finished it, there wasn’t exactly much room in there. The team of five just about fit in the shelter, but only if 4 of them were sitting down and one was lying across the bottom. Although there were also several holes in the roof of the shelter, Tara and the rest of the team were quite pleased with their efforts – it was their first try after all – until they saw the other team’s construction, which looked like one of those luxury teepees that you always wish you had the money to camp in at Electric Picnic.

Some key stuff The Adventure Agency’s guide Bradley taught Tara that would be useful in the event of a ‘The 5th Wave’ type situation was how to build a Dakota fire. A Dakota fire is a fire that cannot be seen as it’s built in a pit with a cover. The air flows into the fire through another pit and a tunnel connecting the 2 pits. Tara also learned not to eat any berries etc that are bellow waist height as they will be covered in pollutants such as urine. Surviving is not glamorous.

So how would Tara survive in the event of aliens invading Earth as happens in ‘The 5th Wave’? Well since Tara already eats the majority of her meals from a can or packet, she feels that feeding herself in a survival situation would be no big leap from the norm. As well as this, Tara likes weapons. She’s got a lovely katana and some pretty shuriken at home from her ninjutsu days. These wouldn’t be much match for a gun, but since there aren’t many guns in Ireland, she doubts she would come across so many armed civilians/aliens. Tara also feels her very nomadic lifestyle would help in a crisis, since packing up her life into a small bag and moving from place to place wouldn’t be a big shock to her system. Being a licensed pharmacist would help Tara find the right drugs, painkillers and antibiotics; she has done some martial arts training in her past and, thankfully, her mother likes to buy everything that they ever have on special in Aldi/Lidl including all the camping & survival stuff, so she’s sorted as far as the gear goes. 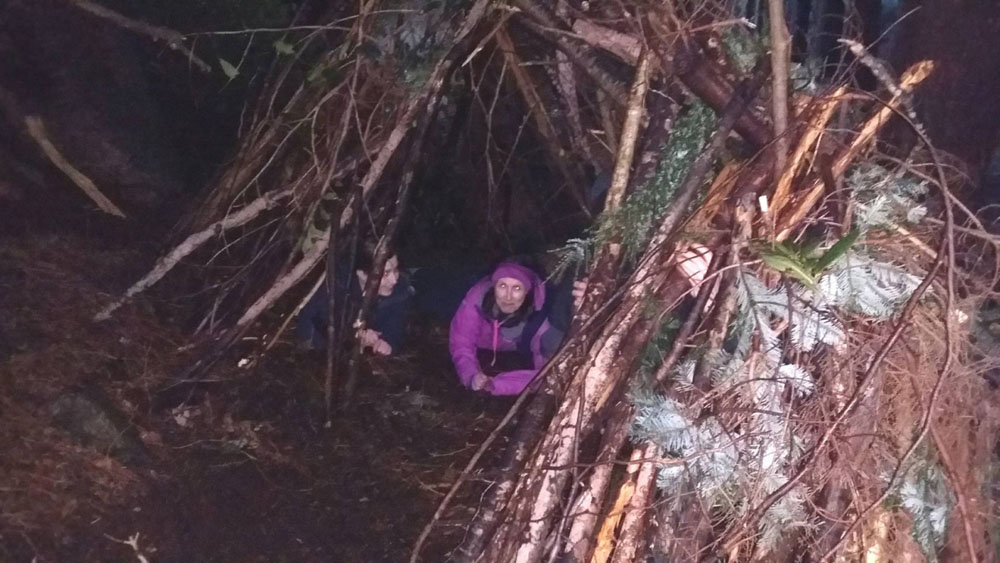 The survival day got Tara thinking about where she would hide out if the aliens attacked. If the event happened at this very moment, Tara would be in Dublin so after the electromagnetic pulse of the first wave, she would head to the Smithfield viewing tower to ride out the tsumanis of the second wave. Once they had passed Tara would head towards the Phoenix Park, stopping at St. Bricin’s military hospital on the way to gather medical supplies.

Tara chose Phoenix park for many reasons. Firstly it’s completely walled with gates at the entry points. It’s also got quite a few high points that if a tidal wave did come rushing down the Liffey a lot of the park would be fine. As well as this, Phoenix park contains an army barracks which would probably contain weapons. There are several cafes and coffee shops in the park, which would contain food and bottled water.

There are plenty of open green spaces to farm or grow vegetables if we wanted to rebuild society. Also the Phoenix Park contains the American Embassy and Áras an Uachtaráin and Tara reckons that both of those buildings would have some pretty great security bunkers and definitely some good food. Plus, if anyone if going to come and save anyone in Ireland, they’d probably start at the President’s house. Right?!

So there you have it! Everything Tara learned on her survival course, how she reckons I’d survive ‘The 5th Wave’ and where exactly she’d go in Dublin to survive it! Tara is sure there are many holes in her plan, but she’ll have to wait until the next alien apocalypse to find out. In the mean time she’ll be practising my survival skills so that she knows she’s ready!

THE 5th WAVE is now showing in Irish cinemas