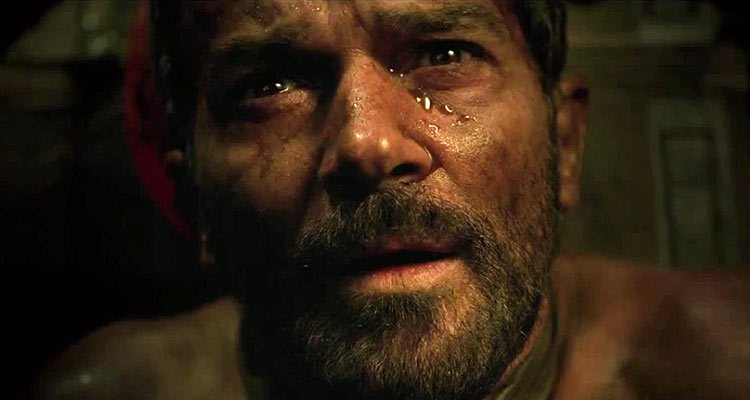 THE 33 (USA/Chile/12A/127mins)
Directed by Patricia Riggen. Starring Antonio Banderas, Juliette Binoche, Gabriel Byrne, Rodrigo Santoro, James Brolin, Lou Diamond Phillips, Mario Casas, Jacob Vargas, Oscar Nunez.
THE PLOT: Copiapó, Chile, 2010, and after a farewell party for their eldest co-worker, a busload of miners head off for another hard day’s work deep underground. The mine has been tricky, but the San Esteban Primera Mining Company aren’t paying such warnings much mind. When the mine does collapse, the 33 miners inside manage to make it to a shelter, where there are three days’ rations. As families arrive, it becomes obvious that the chances of an early rescue are slim, and it’s only after 17 days that a line to the miners is drilled, through which supplies can be fed. Realising that their bosses are unlikely to pay compensation, and with the world’s media now watching, the miners start to argue over how best to capitalise on their newfound international fame…
THE VERDICT: Based on the 2010 Chilean mining disaster that saw 33 men become an international story as they remained trapped for 69 days 700m underground, in a collapsed, century-old mine. It’s a story rich with potential, with everything from tragedy to comedy (wives and girlfriends of the same men meeting for the first time), and in the right hands, with the right cast, this could be at least ‘Das Boot’ all over again. Instead, we get a motley crew of box-office refugees in front of the camera, and a Mexican teen comedy director behind the camera. And what does that give you? A TV Movie of the Day, that’s what.
Not that Antonio doesn’t sweat for his art here, calling on some of that early Almodovar-era S&M fire (before those delicious, lucrative M&M’s got a hold), whilst Binoche is the token European arthouse heavyweight, there to add gravitas and some critical heat proceedings. Our own Gabriel Byrne does his Gabriel Byrne thing, and as for Lou Diamond Phillips… Well, you know where you are with a movie when Lou Diamond Phillips name is on the poster.
It doesn’t help that the real-life disaster was played out on real-time in the news, thanks to modern technology. Why a Hollywood makeover was deemed necessary when all the raw footage for a great documentary are there only makes ‘The 33’ irritate that little bit more. Maybe they should have turned it into a musical?
RATING: 2/5
Review by Paul Byrne