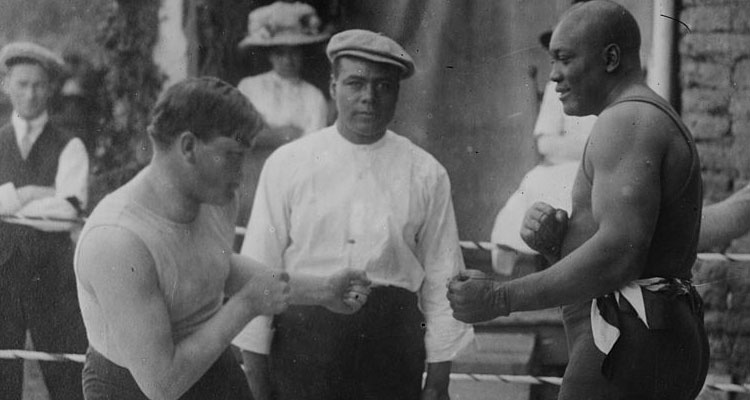 Sylvester Stallone (‘Creed,’ ‘The Expendables,’ ‘Rocky’) has announced plans, via Deadline, for an untitled biopic on the first African-American heavyweight champion, the late Jack Johnson.

The news comes days after the former champ was posthumously pardoned by President Trump. Johnson was convicted of violating the Mann Act in 1910 – at the height of the Jim Crow era. An all-white jury convicted Johnson of transporting Lucille Cameron, a white woman with whom he was involved in a relationship across state lines.

Johnson was sentenced to a year in prison, but The Galveston Giant’ fled the country before he could be incarcerated, ending up in Europe where he continued to box to make ends meet. Eventually, he returned to America in 1920 and served his sentence at the federal penitentiary at Levenworth. Johnson died in a car crash on June 10, 1946, at the age of 68.

Johnson’s story was the basis of the 1970 movie ‘The Great White Hope’ starring James Earl Jones.