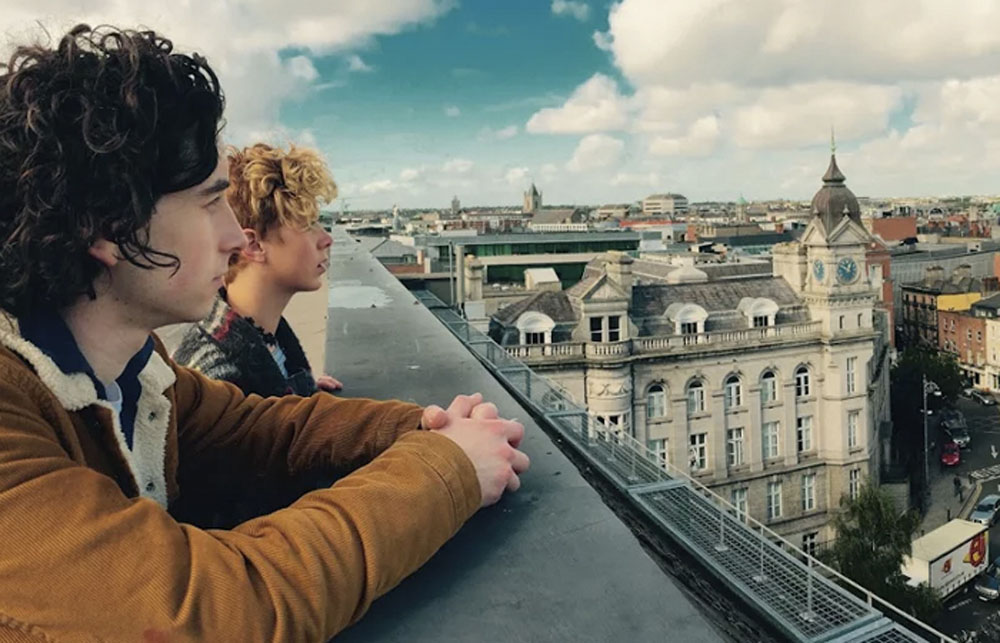 SOUTH (Ireland/15A/78mins)
Directed by Gerard Walsh. Starring Darragh O’Toole, Emily Lamey, Joe Rooney, Andie McCaffrey Byrne
THE PLOT: Tom (Darragh O’Toole) is a young, aspiring Galway musician whose father Tom Senior (Joe Rooney) has died as a result of a heart attack. His father was his whole world, teaching him about life and what is right and wrong. Unknown to his late father, Tom found and kept a photo of his mother Jane (Andie McCaffrey Byrne). On the back of the photo are details on where Jane is now. Tom heads south to Dublin to find the mother who apparently left him when he was just a toddler. For 15 years, there has been no contact between them. Along the way, he meets some unfriendly sorts who try to exploit him. Then there is Jess (Emily Lamey), a free-spirited girl who genuinely wants to help him…
THE VERDICT: Shot in just 9 days, the second feature of Gerard Walsh is a simple but perfectly-formed little gem. A recent winner of best feature at the Fingal Film Festival, it is a road movie that is small in scale but grand in emotions. Opening with Tom reflecting on how important his father was to him, we learn more about our main character over the coming scenes. He is suffering from not only the loss of his father, but crippling stage fright which prevents him from becoming the talented musician that he really is. This journey will be a transformative one as he learns more about his parents, their former relationship and what happened to cause such a rift in the family that left him growing up without a female influence.
Thankfully, ‘South’ is free of manipulative sentimentality. If anything, it ends on a hopeful note that takes a less typical direction than, say, your average Hollywood road movie. Writer/director Walsh has created some lovely, well-written characters here too. Tom is essentially any 17-year-old boy who is making the transition to adulthood, while trying to understand the confusing behaviour of adults. At the same time, he strikes up a tender romance with Jess, a sparky girl who is braver and more forthright than Tom is. Well acted by O’Toole and Lamey, their scenes have a touch of Once about them – particularly in the busking scene. Naturalistic and unforced, they have the kind of chemistry that feels real, rather than manufactured in a rehearsal studio. If, as Tom Senior tells his son, music is the key to a woman’s heart then Tom has got all the right tunes.
At a slim 78 minutes, ‘South’ has far more to say about people and where they have come from than the recent ‘Wild Goose Lodge’ managed in twice the running time. The occasional usage of direct-to-camera pieces almost breaks the fourth wall, but in a sense it adds a personal touch to this story of longing and belonging. There are no false notes here in South. It may feel slight and the type of film to handle with care, but it also demonstrates a talent that is worth supporting and nurturing. Like Gerard Barrett (‘Pilgrim Hill’, ‘Glassland’), Walsh is an up-and-coming Irish director who knows how to get the most out of his actors and his story while maintaining quality throughout. ‘South’ is certainly a journey worth taking.
RATING: 4/5
Review by Gareth O’Connor