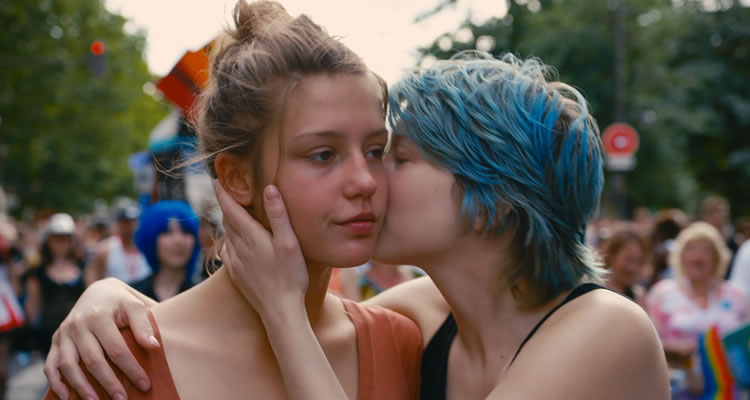 ‘Carol’ is released in Irish cinemas this week, and tells the tender love story between Carol (Cate Blanchett) and the young Therese (Rooney Mara), at a time when homosexuality was still a crime in the US. Based on the Patricia Highsmith novel ‘The Price of Salt’, ‘Carol’ has already got rave reviews from the Cannes Film Festival, where Rooney Mara walked away with the award for Best Actress – which she shared with Emmanuelle Bercot for her role in ‘Mon Roi’.

To celebrate the release of this beautiful love story in Irish cinemas, Movies.ie takes a look back over some of the best same sex love stories to grace the big screen.

BROKEBACK MOUNTAIN
The first film we have to mention, when talking about LGBT romances, is the critically acclaimed ‘Brokeback Mountain’. Another film based on a book – this time Annie Proulx’s short story of the same name – ‘Brokeback Mountain’ focuses on the romance that blossoms between Ennis (Heath Ledger) and Jack (Jake Gyllenhaal) as they spend a summer herding sheep through the Wyoming mountains. Neither man can envisage a life with another man, although the two never truly stop loving each other, and so spend their lives apart and in marriages that are constricting and ultimately damaging.
‘Brokeback Mountain’ was the most honoured film of 2005, with Golden Globe, BAFTA and film festival wins, and has been praised for its examination of the relationship between the two leading characters, without needing to frame it against the gay rights movement in order for it to be engaging and moving.

THE KIDS ARE ALL RIGHT
This 2010 Sundance hit stars Annette Bening and Julianne Moore as Nic and Jules, a married couple with two children, When Laser (Josh Hutcherson) becomes curious about who his biological father is, he opens the door for Paul (Mark Ruffalo) to enter the family’s lives, and throw everything into chaos.
Although ‘The Kids Are All Right’ is a film that focuses on a family being thrown into chaos, it is truly the story of a family coming back together after a crisis, and it is the love between Jules and Nic. The film opened to widespread acclaim, and was nominated for four Oscars.

MY SUMMER OF LOVE
Before she was the global mega star that she is now, Emily Blunt starred in ‘My Summer of Love’, a film that tells the story of the romance between Tamsin (Blunt) and Mona (Natalie Press). Although the two initially seem to have nothing in common, it is this distance that makes the two grow close, and realise they have much to teach each other about life. As they grow closer, Tamsin’s lies are slowly revealed.
Directed by Pawel Pawlikowski – whose most recent film ‘Ida’ won the 2015 Oscar for Best Foreign Language Film – ‘My Summer of Love’ has been praised as a moody bittersweet romance.

BLUE IS THE WARMEST COLOUR
Abdellatif Kechiche’s film stars Adèle Exarchopoulos as the young Adèle, who finds herself unfulfilled when she sleeps with her high school boyfriend, but has an instant attraction to Emma (Léa Seydoux) when she sees her on the street. It is not long before Adèle and Emma begin a stormy and passionate relationship, but the passion that brought the two women together is ultimately what tears them apart.
Another Cannes darling, ‘Blue is the Warmest Colour’ is a film that examines first love and the fact that passion can draw people together, as well as tear them apart. Although the film was dogged with controversy about how the cast and crew were treated during filming, ‘Blue is the Warmest Colour’ won the Palme D’Or at the Cannes Film Festival, and prizes at both the Golden Globes and the BAFTA awards.

LOVE IS STRANGE
Having been together for decades, George (Alfred Molina) and George (John Lithgow) finally get married. Not long afterwards, George is unceremoniously fired from his teaching job at a Christian school, and the newlyweds find themselves having to sell their home and couch surf with friends and family. Of course, this cannot be a permanent solution, but it takes a toll on all involved.
‘Love is Strange’ is one of those quiet little affecting movies, one that is not all song and dance, but about the characters and their world. The film was met with huge acclaim, with much of the praised being heaped on the performances by and the chemistry between the two lead actors.

‘Carol’ is released in Irish cinemas on November 27th 2015