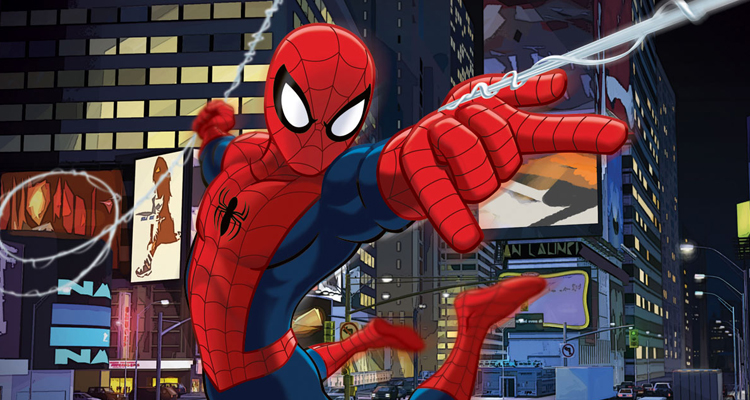 On July 20, 2018, Phil Lord & Christopher Miller (‘The Lego Movie,’ ‘Cloudy with a Chance of Meatballs,’ ‘21 Jump Street’) are taking Spider-Man back to his graphic roots with the first-of-its-kind animated ‘Spider-Man’ feature. The project was announced at CinemaCon by Tom Rothman, chairman of the Sony Pictures Entertainment Motion Picture Group.

The film will exist independently of the projects in the live-action Spider-Man universe, all of which are continuing. Lord and Miller are masterminding the project, writing the treatment and producing the film.

As previously announced, Spider-Man will next appear in a live-action Marvel film from Marvel’s Cinematic Universe. Sony Pictures will thereafter release the next installment of its $4 billion ‘Spider-Man’ franchise, on July 28, 2017, a live-action film being produced by Kevin Feige at Marvel and Amy Pascal, who oversaw the franchise launch for the studio 13 years ago. The animated film from Lord & Miller, dated July 20, 2018, has Avi Arad, Matt Tolmach, and Pascal also serving as producers.

‘Spider-Man,’ embraced all over the world, is the most successful franchise in the history of Sony Pictures, with the five films having taken in more than $4 billion worldwide.