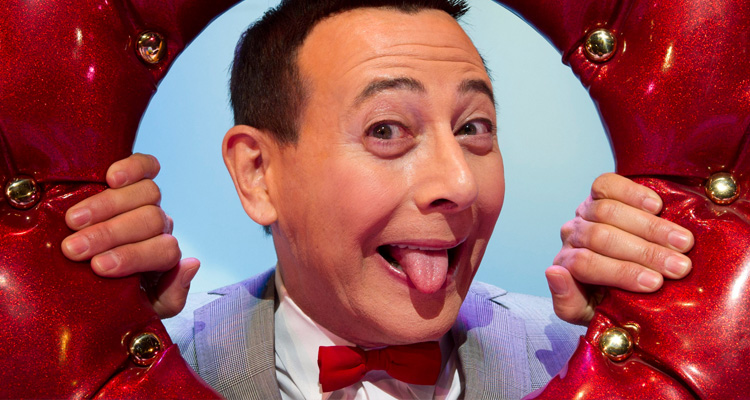 Long-planned film will shoot in the coming weeks…

“I know you are, but what am I?” After years of rumours, it has been confirmed that Paul Reubens’ perennial man-child Pee-Wee Herman is set for a return. Netflix, the leading global Internet TV network, has announced that it will premiere exclusively in all of its territories the new feature film, ‘Pee-wee’s Big Holiday.’

Comedy movie mogul Judd Apatow (‘The 40-Year-Old Virgin,’ ‘Knocked Up,’ ‘Freaks and Geeks’) is on board to produce Pee-Wee’s new adventure, with a script penned by Reubens and actor/screenwriter Paul Rust. John Lee (‘Inside Amy Schumer’) will make his feature directional debut on the comedy, with filming scheduled to kick off next month.

In ‘Pee-wee’s Big Holiday,’ a fateful meeting with a mysterious stranger inspires Pee-wee Herman to take his first-ever holiday in this epic story of friendship and destiny.

Reubens developed the iconic character while a member of the famed improv group The Groundlings, performing along with his friends (played by other Groundlings like Phil Hartman, Lynne Stewart, John Paragon, John Moody, and Edi McClurg,) at the group’s Los Angeles theatre. The show quickly became a success and led to a HBO special in 1981. The loveable character headed to the world of motion pictures in 1985 with the Tim Burton-directed ‘Pee-wee’s Big Adventure,’ which led to an Emmy Award winning children’s series, followed by an another film, ‘Big Top Pee-wee,’ in 1988.

“Judd and I dreamt up this movie four years ago. The world was much different back then— Netflix was waiting by the mailbox for red envelopes to arrive. I’ve changed all that. The future is here. Get used to it. Bowtie is the new black,” said Pee-wee Herman in a statement.

“We didn’t hesitate for a moment knowing that ‘Pee-wee’s Big Holiday’ was such a passion project for Paul and Judd and we are delighted by the opportunity to introduce such a beloved character to a new generation,” said Netflix Chief Content Officer Ted Sarandos. “We are thrilled to bring our viewers around the world the wonder of Pee-wee Herman.”

No word if Laurence Fishburne (‘Hannibal,’ ‘The Matrix’) will reprise his role as Cowboy Curtis from the cult series ‘Pee-wee’s Playhouse.’