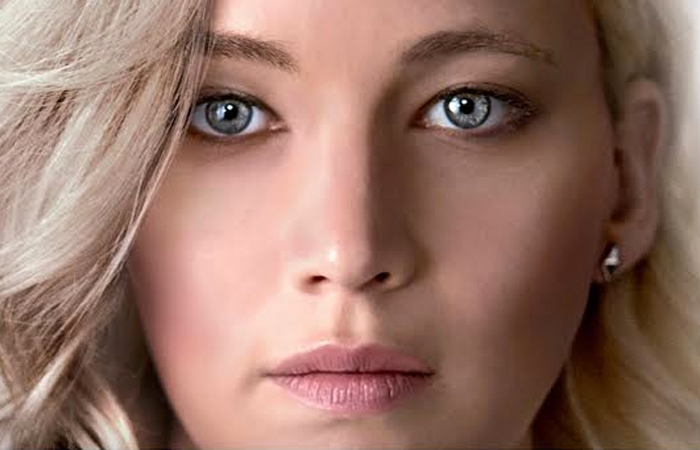 PASSENGERS (USA/12A/116mins)
Directed by Morten Tyldum. Starring Jennifer Lawrence, Chris Pratt, Andy Garcia, Laurence Fishburne, Michael Sheen
THE PLOT: Thirty years into a 120 year voyage from Earth to the newly colonised planet Homestead II, Jim (Chris Pratt) finds himself awoken from hibernation and alone on the spaceship The Avalon. After a year of spending time with Arthur the Android (Michael Sheen) and playing all the games available to him on the ship, not to mention trying to get answers to why he has been awoken, he faces an impossible dilemma.
THE VERDICT: After years in development hell, and almost 10 years on the Blacklist of most liked scripts, ‘Passengers’ has finally made its way to the big screen. Originally starring Keanu Reeves and Reese Witherspoon – among others – ‘Passengers’ is directed by Morten Tyldum, who previously brought us The Imitation Game and Headhunters, and is not quite the deep space adventure we thought it may have been.
Chris Pratt stars as Jim, an engineer travelling to Homestead II to build a new home for himself, quite literally. There is a great opportunity for Pratt to explore the toll that absolute solitude can take on a person, but he never truly gets a chance to do so. Jim is likeable, but this then poses problems of its own, since he is faced with an ethical and moral dilemma, that does not seem to trouble him all that much. Jennifer Lawrence plays Aurora, the second of the two passengers to be awoken aboard the Avalon. A writer from new York, Aurora has very different reasons for leaving her life behind. Lawrence has more emotion to play with throughout ‘Passengers’, but her changes in loyalty and switches in emotion come rather too fast for the character to feel as though she has truly thought them through. Laurence Fishburne has a small role as a crew member, Michael Sheen is charming and warm as a bar tending robot, and Andy Garcia has a blink-and-you-miss-it cameo toward the end of the film.
Screenwriter Jon Spaihts has had a mottled career to date; he brought us the flawed and troublesome films The Darkest Hour and Prometheus, but also penned the recent Doctor Strange for Marvel. ‘Passengers’ has a muddled and troublesome script at the best of times, and this comes down to two things; the moral and ethical choices the characters make, and the lack of time given to actually tell the audience about these people, and flesh them out on screen. There are interesting questions brought up in ‘Passengers’, but these are rarely answered, and it feels as though both the romance, and the set piece in the final act of the film are tacked on for the sake of giving the film a way to end.
As director Morten Tyldum does well with the quieter scenes in the film, and plays up the chemistry between Lawrence and Pratt, making them infinitely watchable and likeable on screen. It is only when certain decisions are made throughout the film that doubts begin to niggle, and characters seem to change their mind with little indication as to why. As well as this, thin characters only fleshed out by quirks and charm may be watchable, but they end up feeling unsatisfying, as does ‘Passengers’’ plot hole ridden ending.
In all, ‘Passengers’ had the potential to be something great, but not enough time is given to explore the emotional and mental impact of waking up 90 years too early and knowing your days could be played out alone in space. Even though Lawrence and Pratt are great together, Pratt’s lack of dramatic chops often shows, and problems with character development means that ‘Passengers’ ultimately sinks, when it could have soared.
RATING: 3/5
Review by Brogen Hayes