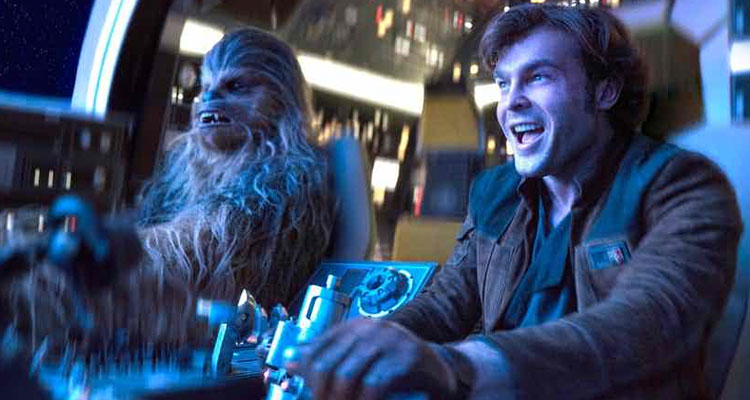 The ‘Solo: A Star Wars Story’ marketing campaign continues to spin and now, courtesy of EW, we have new images and details from the ‘Star Wars’ spin-off to share with you. The images provide a fresh look Alden Ehrenreich as Han Solo, Donald Glover as Lando Calrissian, Emilia Clarke’s Qi’ra, and Woody Harrelson as Tobias Beckett. We also have a good look at Lando’s droid sidekick, L3-37, voiced by ‘Fleabag’ star Phoebe Waller-Bridge. 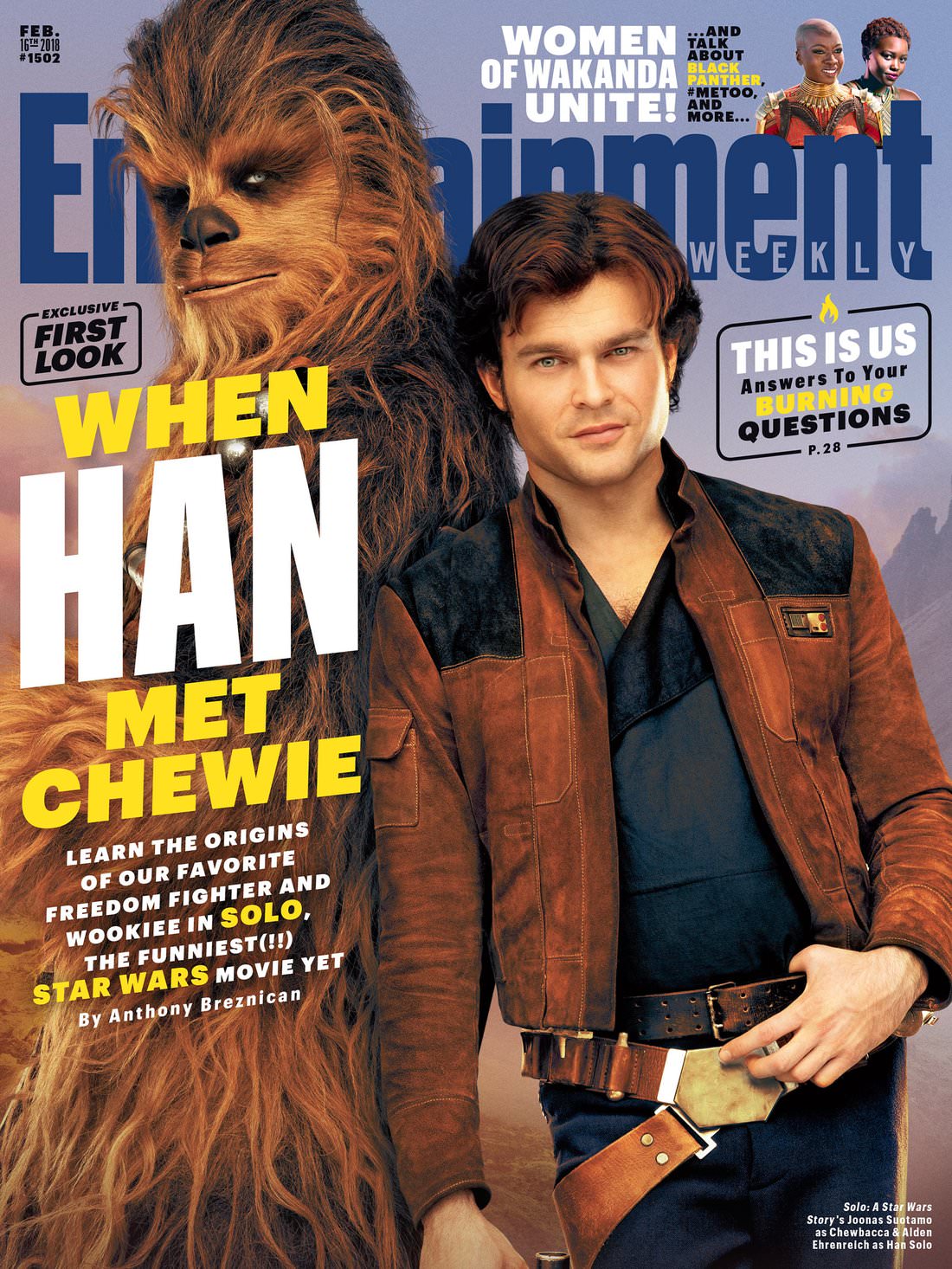 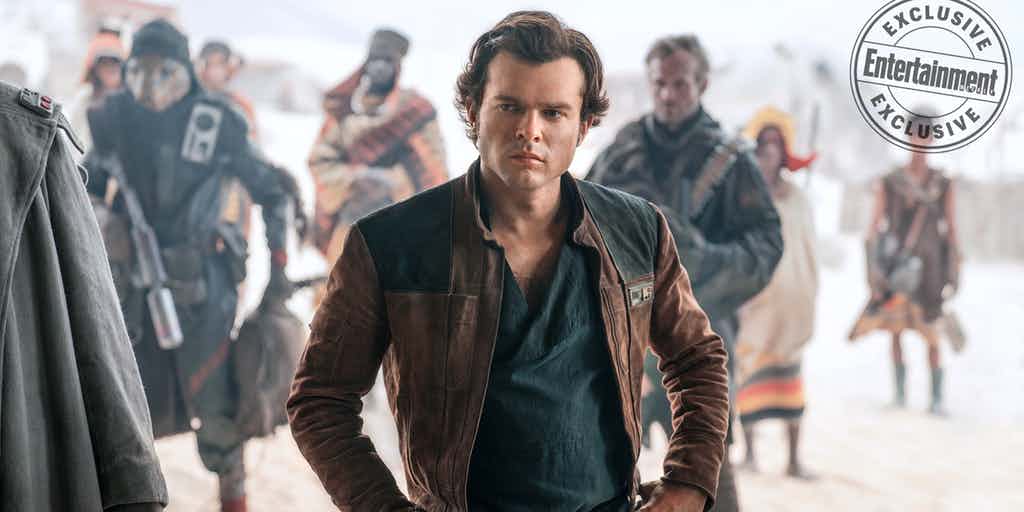 “I think the main thing that’s different is that the Han we meet in this film is more of an idealist,” Ehrenreich tells the magazine. “He has certain dreams that he follows, and we watch how it affects him as those dreams meet new realities — realities that are harder and more challenging than he’d expected.” 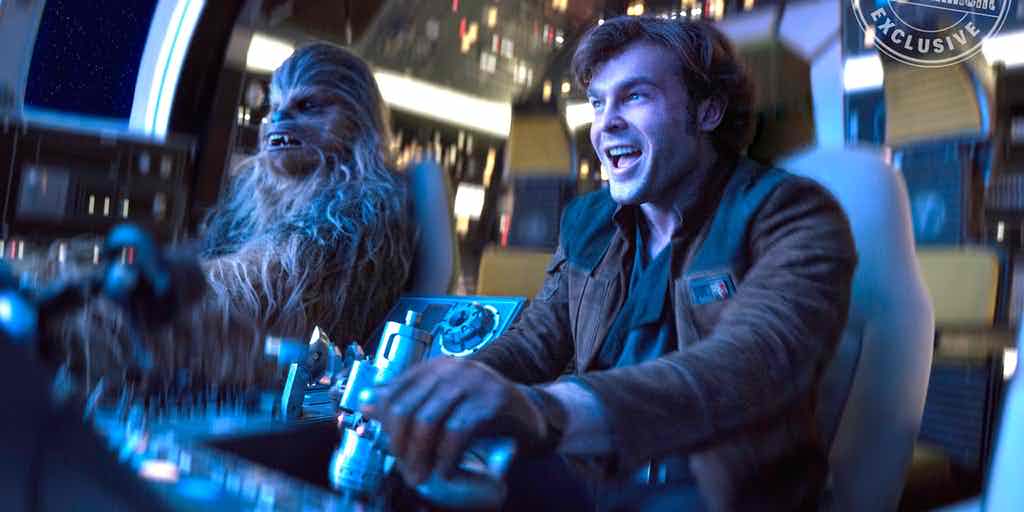 “To me, this is a love story between Han and Chewie,” said Lawrence Kasdan, who co-wrote the script with his son Jon. “Their relationship has always been my favourite part of the saga, and the fact that only Han understands what Chewie is saying, I find a very funny possibility for comedy.” 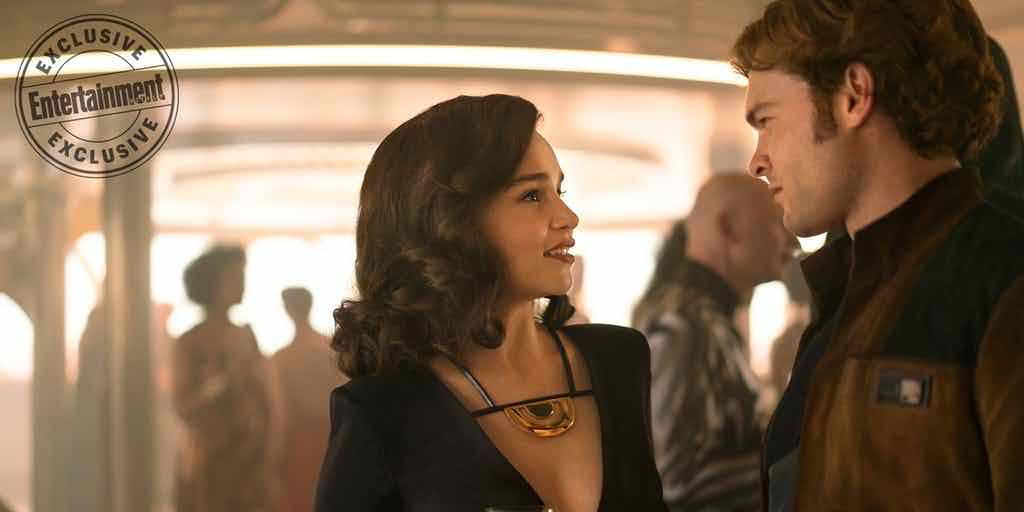 “She has a couple of guises, but essentially she is just fighting to stay alive,” Emilia Clarke’s says of Han’s childhood friend, Qi’ra. “If you’ve got a really glamorous lady in a really sordid environment, you kind of know the glamour is hiding a few rough roads.” 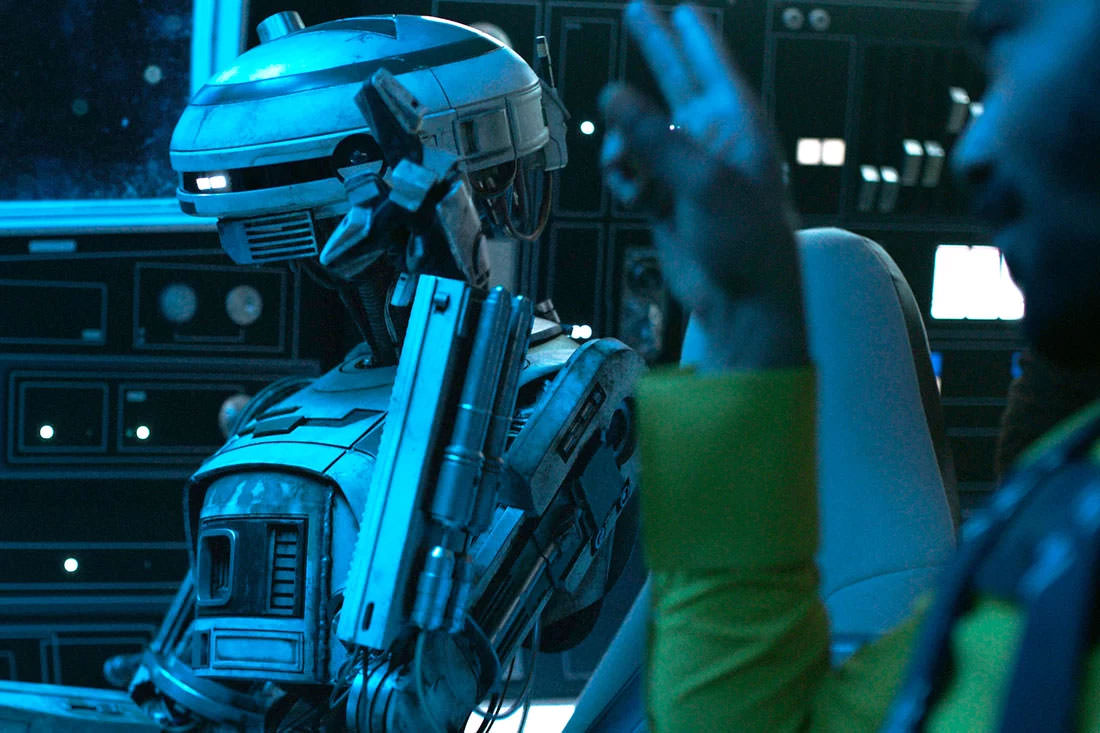 Waller-Bridge’s performance captured droid L3-37 (‘Leet’) is said to have a “a more idiosyncratic personality” than your typical droid. We can’t wait to hear the actress’ trademark dry wit mixed into the ‘Star Wars’ universe. 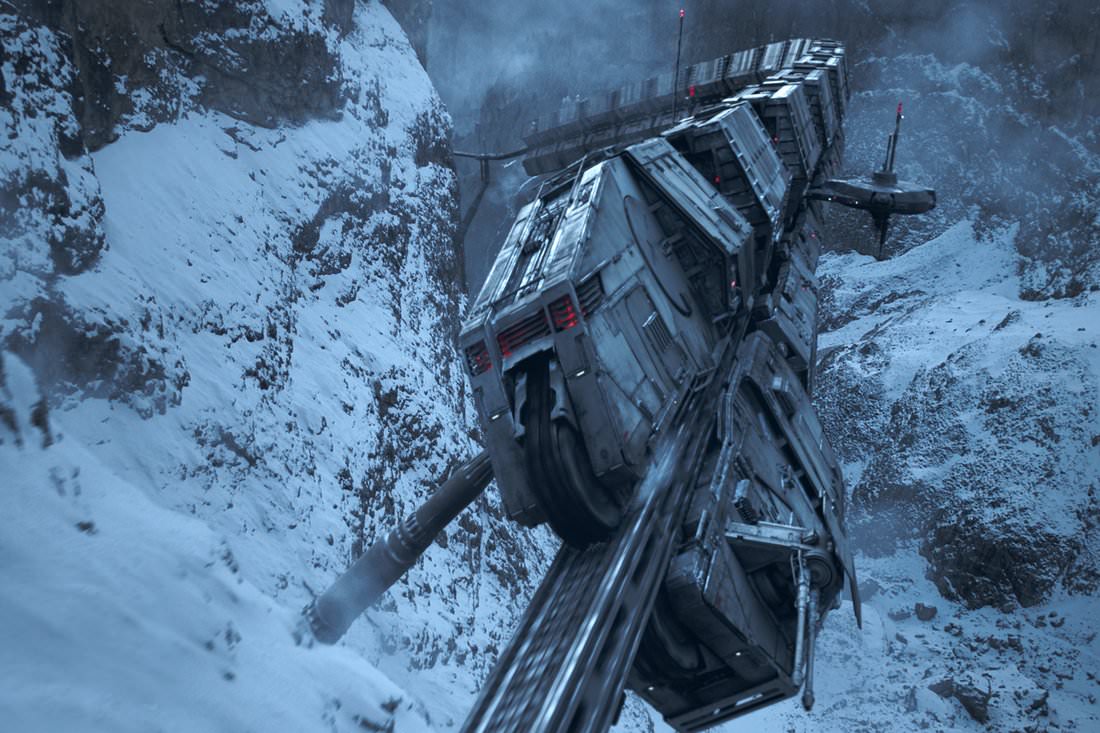 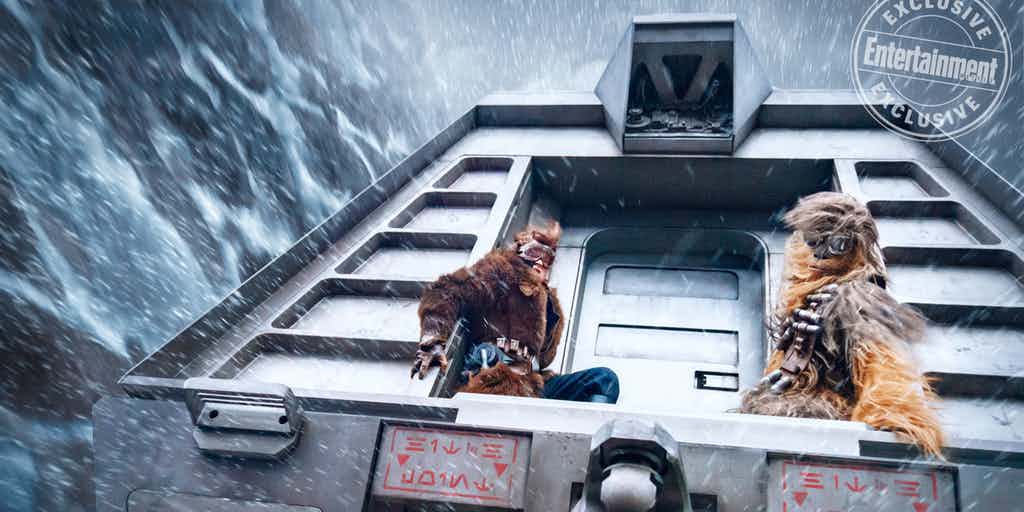 In the heist portion of the film, Han and Chewie must steal something from a double-sided space train known as “the Conveyex.” Lucasfilm are keeping mum on what that something is. 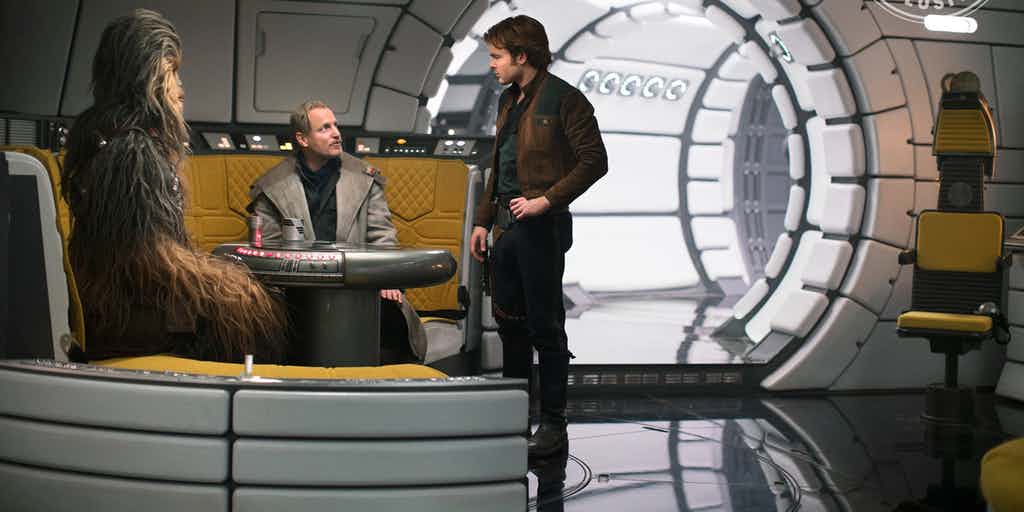 ”He’s a powerful criminal, but a free agent,” says Ron Howard. “Tobias Beckett really shapes Han more than anybody, as Han comes to believe that in a lawless time, he needs a moral code.” 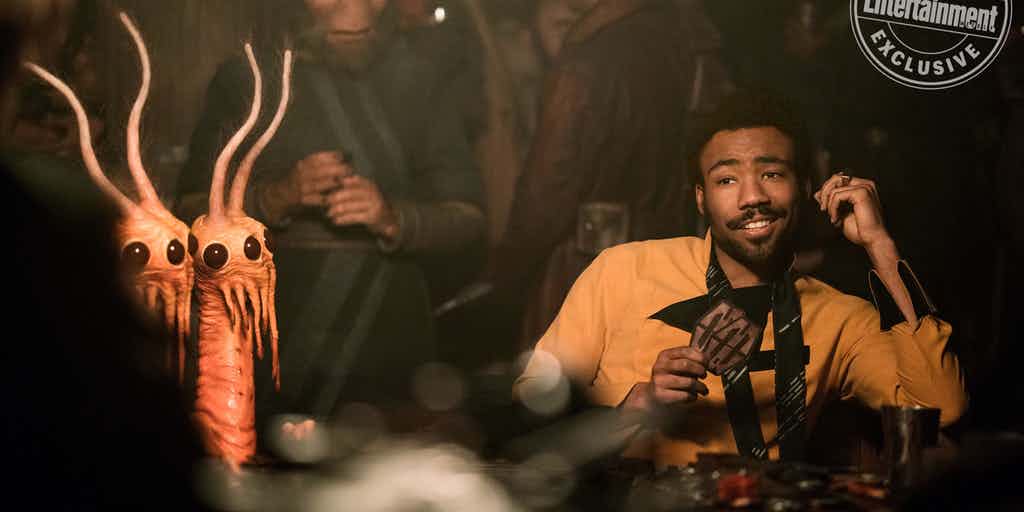 “Yeah, we are playing a game of sabacc. A lot of it, you know?” teased Glover on the above photo. “We are getting a taste of that. How good is Lando? How good is Han?” Whether the photo is from the fateful moment where Han takes ownership of the Millennium Falcon is unknown. Roll on May 25th. 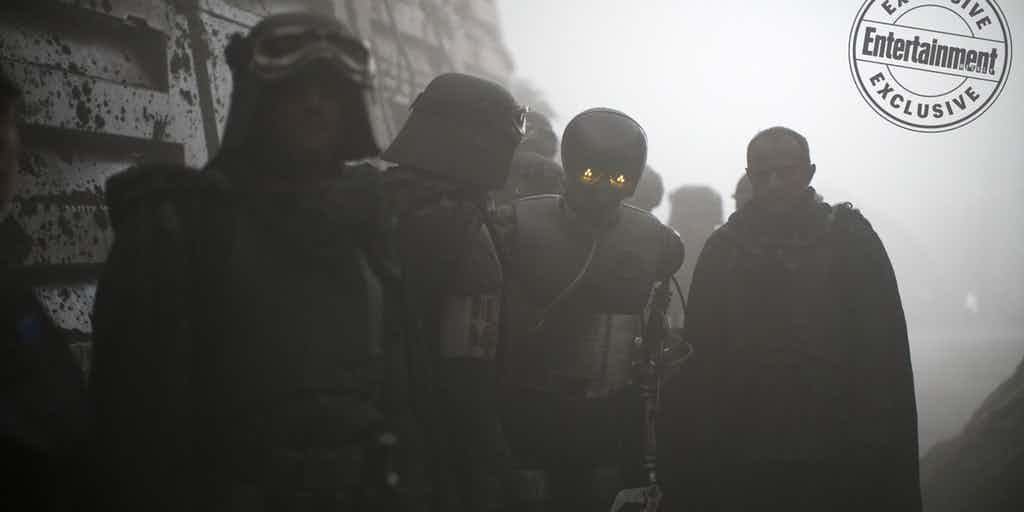 Imperial officers and a medical droid on the muddy planet Mimban (a place some may recall as the setting of Allan Dean Foster’s 1978 novel Splinter of the Mind’s Eye, and canonized in the Clone Wars animated series)

For more character and story detail, head over to Entertainment Weekly.

Through a series of daring escapades deep within a dark and dangerous criminal underworld, Han Solo meets his mighty future co-pilot Chewbacca and encounters the notorious gambler Lando Calrissian, in a journey that will set the course of one of the Star Wars saga’s most unlikely heroes.