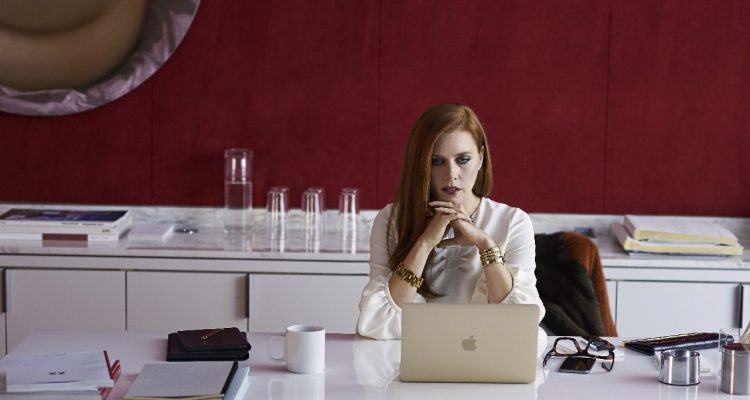 NOCTURNAL ANIMALS (USA/16/117mins)
Directed by Tom Ford. Starring Amy Adams, Jake Gyllenhaal, Isla Fisher, Armie Hammer, Michael Sheen
THE PLOT: Susan Morro (Amy Adams) seems to have everything in life; a beautiful home, a charming husband (Armie Hammer) and a fulfilling job as an art gallery owner, but she still feels unfulfilled and restless. When her ex-band Edward (Jake Gyllenhaal) sends her a copy of the novel that he has finally finished writing, Susan finds herself engrossed with the tale of Tony Hastings (Jake Gyllenhaal), and one horrifying event that changes his life forever. As Susan becomes more obsessed with the story she is reading, she realises the connections between this tale, and the past she had with Edward.

THE VERDICT: Based on the novel ‘Tony and Susan’ by Austin Wright, ‘Nocturnal Animals’ is the first feature film from fashion designer turned director Tom Ford since ‘A Single Man’ in 2009. ‘Nocturnal Animals’ is stylish, violent and beautifully shot by Seamus McGarvey, and is as engaging as it is horrifying.
Amy Adams leads the cast as Susan Morrow, a woman who seems to have everything, but feels as though she has nothing. Adams brings a stillness to the role that is engaging and fascinating, and it is through her eyes that we experience not only the story of her own past, but the novel that she us reading. Jake Gyllenhaal takes on the dual roles of Susan’s ex-husband Edward and the protagonist of the novel; Tony Hastings. We see Gyllenhaal much more in the role of Tony, and he makes the character tenacious and terrified; an intoxicating and engaging combination. Gyllenhaal seems only to have been cast in the dual role in order to make a statement about Susan’s past with her ex-husband Edward, and simply having the same actor in both roles is enough to make that message clear. Michael Shannon plays a familiar but effective role as Bobby Andes, the police officer in Edward’s novel, and Aaron Taylor-Johnson ramps up the creepy and absurd as Ray Marcus, the villain of the novel. The rest of the cast is impressive, and is made up of Andrea Riseborough, Isla Fisher, Armie Hammer, Laura Linney, Michael Sheen, Jena Malone and Karl Glusman.
Tom Ford adapted Wright’s novel for the screen, and makes the tricky idea of telling a story within a story work incredibly well. As mentioned, Gyllenhaal’s performances as Edward and the fictional Tony anchor the two together, and while both stories are painfully different, it is through Susan reading the novel – titled, by the way, ‘Nocturnal Animals’ – that we learn about her relationship with her ex husband, and how the ending of the same affected him. The violence and excitement of the film come from Susan’s reading of the novel – which is shown on screen – and it is Adams’ stillness that allows this messy and bloody tale to work so well. Having Susan take breaks from the novel – we are only involved when she is – allows the audience to take a breath from some of the horrors of the novel, and also makes the pacing of the film a little less relentless than it could have been.
As director Tom Ford makes the film engrossing and ghastly as violent events play out on screen. The performances in the film are terrific – Adams and Gyllenhaal are to be particularly commended – with the exception of Aaron Taylor-Johnson, whose over the top and schlocky performance does not fit in with the rest of the film. There are times when the pacing struggles however, as Susan drifts through the “real world” and Tony’s tale in the novel feels as though it hit a brick wall. Seamus McGarvey’s cinematography adds to the horror of the novel and the rich boredom that Adams’ character is experiencing, and makes even the most brutal of moments seem ethereal and engaging.
In all, ‘Nocturnal Animals’ is violent, strange, complicated and utterly engrossing. Tom Ford has made a beautifully horrifying film that not only reveals two stories in the most subtle of ways, but draws the audience in from the start.
RATING: 4/5
Review by Brogen Hayes