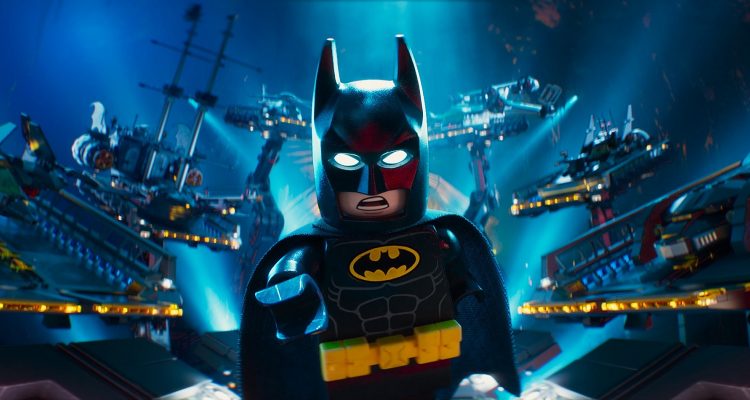 Happy new year Movies.ie fans! A new year means lots of new movies to look forward to, and we have taken some time to go through the releases of the year, and pick out the ones we are looking forward to the most!

LOVING
Directed by: Jeff Nichols
Starring: Ruth Negga, Joel Edgerton, Will Dalton, Chris Greene, Terri Abney
Release Date: February 3rd
When Richard Loving (Joel Edgerton) and Mildred (Ruth Negga) marry in secret before returning to their home in Virginia. In 1950s American however, marriage between a white man and a black woman is not accepted by local authorities, and it is not long before the newly wed Lovings are arrested and ordered to leave the State, not to return for 25 years. The Lovings accept their fate until one of their children in hurt while playing on the street; the ensuing court battle to allow the couple and their children to return home changed US law forever.

PITCH PERFECT 3
Directed by: Trish Sie
Starring: Anna Kendrick, Ruby Rose, Hailee Steinfeld, Brittany Snow, Miley Cyrus
Release Date: December 22nd
The Bellas are back this December! Although few details of the plot have been released just yet, we know that ‘Pitch Perfect 3’ boasts an impressive cast, including the returning actresses Anna Kendrick and Brittany Snow, and newcomer Ruby Rose. There are also rumours that pop stars Justin Bieber and Miley Cyrus will join the acapella proceedings.

JOHN WICK: CHAPTER 2
Directed by: Chad Stahelski
Starring: Keanu Reeves, Ruby Rose, Ian McShane, Bridget Moynaham, Peter Stormare
Release Date: February 17th
2014’s ‘John Wick’ saw Keanu Reeves’ career relaunched with a bang, so it is no surprise that the film got a sequel, released later this year. This time out, Wick (Reeves) is forced out of retirement by a former colleague who is trying to take over an international assassin’s guild. Wick is bound by a blood oath to help his friend, so travels to Rome to take on the bad guys once more.

THE LEGO BATMAN MOVIE
Directed by: Chris McKay
Starring: Ralph Fiennes, Jenny Slate, Rosario Dawson, Zach Galiafinakis, Will Arnett
Release Date: February 10th
On the back of ‘The Lego Movie’ comes a spin off movie starring everyone’s favourite egotistical Lego superhero; Batman. In ‘The Lego Batman Movie’, Bruce Wayne (Will Arnett) struggles to raise the young boy that he has adopted, while Batman (also Will Arnett) still goes out and fights crime in Gotham City.

T2: TRAINSPOTTING
Directed by: Danny Boyle
Starring: Ewan McGregor, Kelly Macdonald, Jonny Lee Miller, Robert Carlyle, Ewen Bremner
Release Date: January 27th
20 years after the events of ‘Trainspotting’, which saw Mark Renton (EwanMcGregor) screw over his drug addict friends for the sake of a quick buck, Renton returns to Scotland to make amends with Spud (Ewen Bremner) and Sick Boy Jonny Lee Miller), while doing his best to avoid Begbie (Robert Carlyle), who has just got out of prison, and not forgotten who put him there.

BEAUTY AND THE BEAST
Directed by: Bill Condon
Starring: Emma Watson, Ewan McGregor, Dan Stevens, Like Evans, Emma Thompson
Release Date: March 17th
Disney continues their highly successful run of live action remakes of their classic animated movies with ‘Beauty and the Beast’ Emma Watson takes on the role of Belle, a young woman who makes the choice to imprisoned in a castle with a ferocious Beast (Dan Stevens) in exchange for her father’s freedom. Despite herself, Belle finds herself curious about her surroundings and, as she gets to know him, falling in love with the Beast, whose scary exterior masks a gentle heart.

GUARDIANS OF THE GALAXY VOL. 2
Directed by: James Gunn
Starring: Chris Pratt, Karen Gillan, Zoe Saldana, Bradley Cooper, Dave Bautista
Release Date: April 28th
‘Guardians of the Galaxy Vol. 2’, the sequel to the exhilarating and charming 2014 movie, sees the Guardians team up to the soundtrack of the Awesome Mixtape 2, to solve the mystery of Star-Lord’s (Chris Pratt) true parentage.

UNTITLED CLOVERFIELD ANTHOLOGY MOVIE
Directed by: Julius Onah
Starring: Gugu Mbatha-Raw, Daniel Bruhl, Elizabeth Debicki, Chris O’Dowd, David Oyelowo
Release Date: TBD
With a rumoured title of ‘God Particle’, the third instalment in the ‘Cloverfield’ movie franchise tells the story of a team of astronauts aboard a space station who are horrified and alone when a scientific experiment causes the Earth to disappear. The team find themselves fighting for their lives when a mysterious space shuttle appears alongside them.