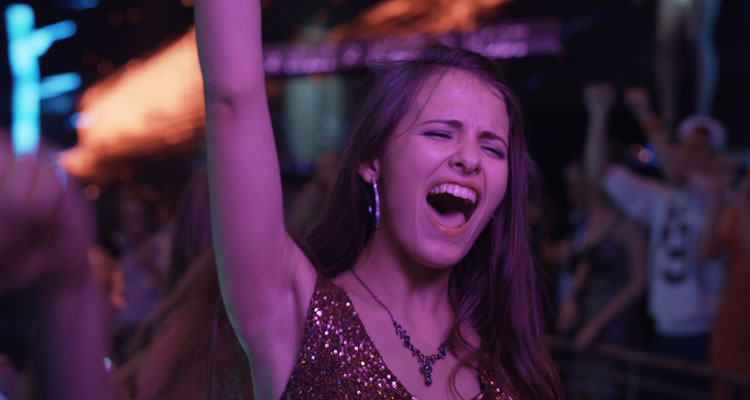 MOSCOW NEVER SLEEPS (Russia | Ireland/15A/101mins)
Directed by Johnny O’Reilly. Starring Evgenia Agenorova, Rustam Akhmadeyev, Lyubov Aksyonova, Ieva Andrejevaite, Maria Armas
THE PLOT: ‘Moscow Never Sleeps’ follows several people on the day of Moscow’s City Day holiday, as they go about their daily lives; an ailing celebrity who wants to live life on his own terms, a young singer who is torn between two lovers, a teenage girl trying to find the strands of her family and a young man making a choice between the past and the present.
THE VERDICT: Taking a leaf out of the book of such films as ‘Magnolia’ and ‘Crash’, ‘Moscow Never Sleeps’ is a film that follows individual people as we learn how they all connect together. This is an interesting concept for a film, but without a strong statement to be made, ‘Moscow Never Sleeps’ feels like it never truly wakes up.
The cast of the film do well in their roles, even though none of them are truly given a lot to do. There is the feeling that each of the characters learns something throughout the film, but without a protagonist or a strong message, the performances never quite get going. The cast features Alexey Serebryakov, Evgenia Brik, Yuriy Stoyanov, Mikhail Efremov, Lubov Aksenova, Oleg Dolin and rising star Anastasia Shalonko.
‘Moscow Never Sleeps’ is written and directed by Irish man Johnny O’Reilly, we decamped to Moscow in the early 1990s. As someone who is both part of, and removed from Moscow and Russia as a whole, O’Reilly’s eye for the city is an interesting one, but the city that is the backdrop for all of these stories never feels as though it is cohesive, and even though these characters are all connected, it does not feel as though the city is. The dialogue in the film is fine, and there are some stories that are stronger than others and, once again, without a throughline, ‘Moscow Never Sleeps’ feels bitty and unfinished.
As directed Johnny O’Reilly gets strong performances from his actors, and the scenes work well enough as stand alones but it is bringing this tale together that the film stumbles. There is no political, physical or emotional event to say why this day is different for all of the characters in the film – apart from the fact that it is a national holiday – and the lack of connection is a problem for the film as a whole.
In all, ‘Moscow Never Sleeps’ explores characters in an interesting way but some of the characters are more engaging than others, and although all of the performances in the film are good, it would have been more rewarding to spend time with fewer stories that were properly fleshed out.
RATING: 3/5
Review by Brogen Hayes

Review by Brogen Hayes
3
Too much going on