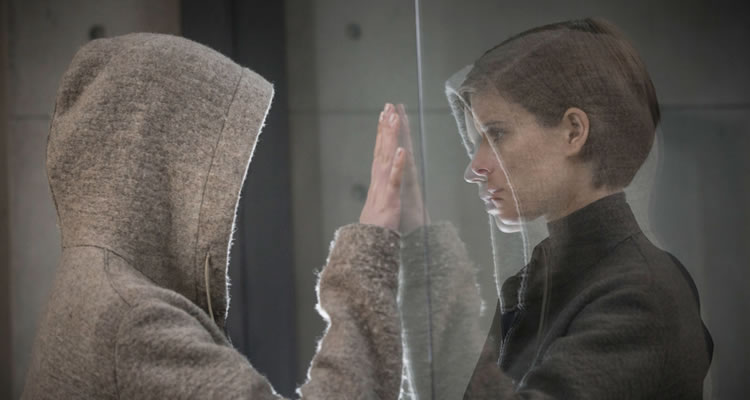 MORGAN (USA/15A/92mins)
Directed by Luke Scott. Starring Kate Mara, Anya Taylor-Joy, Paul Giamatti, Toby Jones, Rose Leslie
THE PLOT: Corporate fixer Lee Weathers (Kate Mara) is sent to a remote location to balance the risk vs profit of an artificially created humanoid named Morgan (Anya Taylor-Joy) after she stabs her handler Kathy (Jennifer Jason Leigh) in an unprovoked attack.
THE VERDICT: ‘Morgan’ is the first feature length film from Luke Scott – son of Ridley – and although it boasts an impressive cast, it is hard to shake the feeling that we have seen this story before.
Kate Mara leads the cast as the cold, calculating and logical Lee Weathers. Mara does well in the role, and makes Weathers the voice of reason throughout the film, while allowing the audience’s suspicions about the character to grow. Anya Taylor-Joy obviously has fun with her character, beloved and feared in equal measure, as she fights the instincts created within her. The rest of the cast features Jennifer Jason Leigh, Toby Jones, Brian Cox, Rose Leslie, Michelle Yeoh and Paul Giamatti in smaller roles.
Seth W. Owen’s screenplay, while inventive, struggles with familiarity almost from the offset. While exposition is carefully handled, and the dialogue feels natural, the story is very reminiscent of Hanna meets Ex Machina, and the film struggles to shake this off. The twist, such as it is, is obvious from very early on, and the characters never rounded out enough for us to know who they are bar a one-line synopsis.
As director, Luke Scott does fine with ‘Morgan’, the tension is ramped up throughout the running time, but the secrets that the film holds are clear from the start. The performances are strong and the pacing is steady, and although the final set piece is a lot of fun, the film offers more questions than answers, and does not leave the audience feeling smart for figuring it out ahead of time, but rather daft for believing that there were answers to be had.
In all, there is fun to be had with ‘Morgan’, but the feeling of familiarity lingers throughout the film. Luke Scott has assembled a phenomenal cast, and cemented his place as a director to watch out for, but a more original screenplay would have helped the film, as would actors who were properly used to show off just how darn good they are. Still, ‘Morgan’ is worth a watch, but never quite grips the way it should.
RATING: 3/5
Review by Brogen Hayes