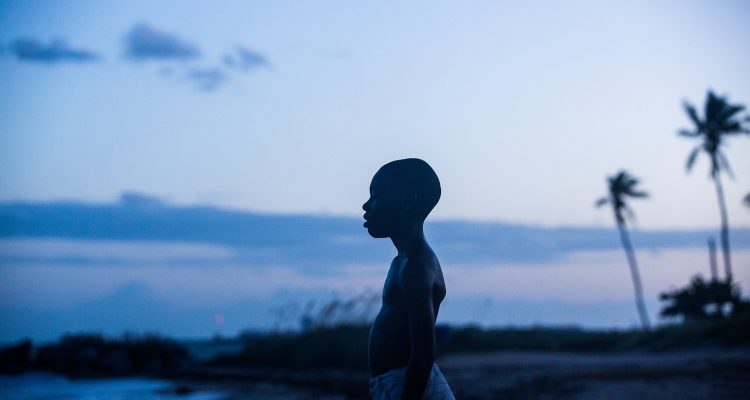 MOONLIGHT (USA/15A/111mins)
Directed by Barry Jenkins. Starring Mahershala Ali, Naomie Harris, Janelle Monáe, Ashton Sanders, Alex Hibbert
THE PLOT: ‘Moonlight’ tells the story of a young black man, from childhood to adulthood, as he struggles to find who he is, and overcome the circumstances of his family life, in a rough Miami neighbourhood.
THE VERDICT: Based on the play “In Moonlight Black Boys Look Blue” by Tarell Alvin McCraney, and nominated for eight Oscars, ‘Moonlight’ is a story that could easily have been stereotypical and obvious, but turns expectations on their heads, focusing on the formative events experienced by a young man named Chiron, which shape the adult he becomes.
‘Moonlight’, written for the screen by director Barry Jenkins, is divided up into three chapters; Little, Chiron and Black, references to the names that the lead character answers to throughout his life. Although ‘Moonlight’ is a film tinged with drug addiction and violence, there is little of this shown on the screen; the story is mainly told through Chrion’s eyes, and he manages to avoid – or ignore – the worst things that happen around him.
Since the film is divided into three chapters, three actors play Chiron throughout the course of his life; Alex R. Hibbert, as young Chiron or “Little”, as his bullies call him, makes the character quiet and pensive, yet observant of everything that happens around him. “Little” is a sponge who absorbs everything going on around him, and draws the audience into the story of this person. Ashton Sanders takes on the role of Chiron in his teenage years, and although it is clear that this is the same character, his time in the world has roughened some of his edges and made him faster to anger. Sanders makes the character vulnerable, but not weak, and makes the characters realisations and strength come from a relatable and believable place. Finally, Trevante Rhodes plays Chrion – or “Black” as he is called – as an adult. The vulnerability is still present, but there is a longing underneath the surface, that Rhodes allows to ebb and flow throughout his performance. Elsewhere, Mahershala Ali plays Juan, a drug dealer whose product is tearing Chiron’s life apart, but who takes the young boy under his wing, becoming a father figure and mentor to the child. Ali makes Juan the perfect blend of frightening and protective, although the threats lingering in his eyes rarely come to pass. Naomie Harris plays Chrion’s drug addict mother Paula, bringing great tragedy to this addicted woman, who believes she loves her son, even as her behaviour destroys him, and Janelle Monáe plays the kind and gentle Teresa.
As director, Barry Jenkins allows the story of ‘Moonlight’ to unfold as the film goes on. There are elements of homosexuality and sexual awakening peppered throughout the film, but these are never laboured, they are carefully handled and never does sexuality become the defining element of any character. The film is well paced and engrossing, even in the quieter moments of the story, as the audience learns just who Chiron is, and how the events of his life have shaped him. The film is well shot by James Laxton – although some moments are a little too shaky for big screen viewing – and every performance in the film feels real, engrossing and utterly engaging.
In all, ‘Moonlight’ is a slow film that unfolds throughout its running time. The story is carefully dealt with, and it is a delight to watch a character grow and be shaped by the defining moments in his life. The entire cast do well in their roles, with Mahershala Ali, Naomie Harris and Alex R. Hibbert easily stealing the show. This examination of African American youth and identity could easily have been defined by drugs, violence or sex, but while all three are present in the film, none of them overpower. Such is ‘Moonlight’’s wonder.
RATING: 4/5
Review by Brogen Hayes