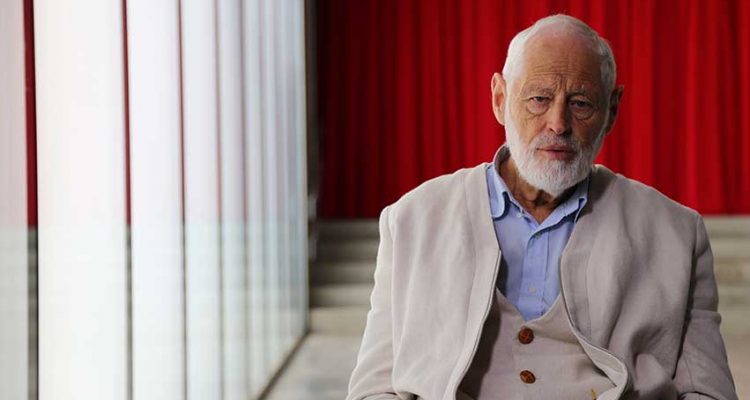 MEETINGS WITH IVOR (Ireland/TBC/81mins)
Directed by Alan Gilsenan.
THE PLOT: Irish psychiatrist, author, former Chief Psychiatrist of the Eastern Health Board, and Professor emeritus of psychiatry at University College Dublin, as well as self proclaimed maverick, Ivor Browne has been a controversial figure in his chosen field for many years, since he has come to oppose drugs often used in psychiatry after being involved in procedures including ECT, lobotomy and deep insulin coma as a means to treat mental illness.
THE VERDICT: ‘Meetings with Ivor’ focuses on Ivor Browne reflecting on his career in his own words, as well as having conversations with well known people including comedian Tommy Tiernan, Mary Coughlan, journalist Nell McCafferty and playwright and novelist Sebastian Barry. Through the conversations Ivor Browne comes off as affable and humble, and frequently talks about the anxiety that has plagued his life and driven him to succeed or, in his own words, “not to be an absolute failure”.
Cinematographer Colm Hogan has shot some beautiful images of Browne throughout his interviews and conversations, as well as ambient footage that underlines and gives life to the stories that Browne is telling. Director Alan Gilsenan makes sure that the film is beautifully put together, and that Browne’s views on the past and future of the way mental health is treated and regarded in Ireland and abroad are clearly and carefully laid out. As well as this Gilsenan allows Browne to speak about his views and predictions for the planet and the future of humanity, even though these are less than cheery.
Although ‘Meetings with Ivor’ is a beautifully put together film, and it is certainly a timely film about a timely topic, there are times when it becomes clear that this is a film with a limited appeal. Those who are unaware of who Ivor Browne is and his work in the medical world will find plenty to fascinate in the film, it is highly unlikely that the audience for the film will expand further than those who are already familiar with Browne.
In all, ‘Meetings with Ivor’ is a beautifully put together documentary about a self proclaimed maverick, whose views on mental health have always been controversial, but although there is plenty to fascinate audiences, it is unlikely to grab the attention of those who are unfamiliar with Browne and his work.
RATING: 3/5
Review by Brogen Hayes

Review by Brogen Hayes
3
Beautifully made