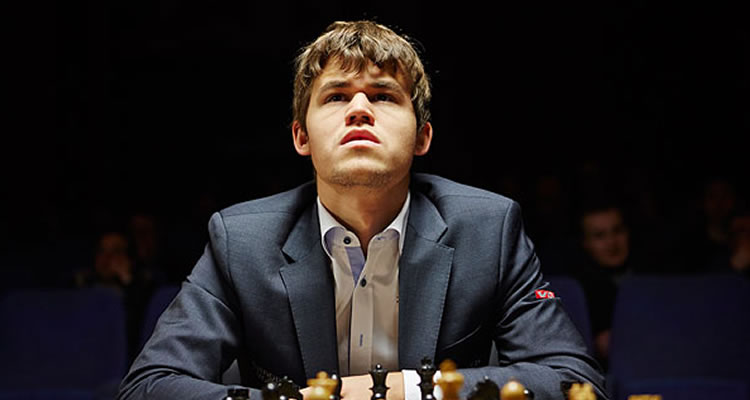 MAGNUS (Norway/G/78mins)
Directed by Benjamin Ree. Starring Magnus Carlsen, Garry Kasparov, Viswanathan Anand
THE PLOT: In 2004, Magnus Carlsen became a chess Grandmaster, making him the third youngest person in history to achieve this. In 2013, Carlsen competed at the World Championships against five-time winner Viswanathan Anand. For the first time, Magnus and his father Henrik Carlsen reveal just how Carlsen’s career in chess got started, when his father realised that his son could be a chess prodigy, and the work that went into getting Carlsen to the World Championships.
THE VERDICT: Chess is on something of an upswing lately; ‘Magnus’ follows in the cinematic footsteps of the recent ‘Queen of Katwe’, and the game is constantly cropping up in mainstream media, including in an episode of ‘Doctor Who’ written by Neil Gaiman. Audiences curious about the game and how one becomes the best of the best will find Magnus engaging and tense, but those of us with less of an affinity with the game will still find plenty to enjoy in this charming documentary.
Director Benjamin Ree makes his feature length debut with ‘Magnus’, and does well with the telling of the story. Using Magnus’ father Henrik as the narrator of the story is an interesting choice, as it allows the audience to see how the talent for chess was discovered in Magnus. Blending this with home videos of Magnus as a child and his first forays into the game make the first half of the film engaging and charming. Of course, Magnus has to build to something, and the 2013 World Championships of Chess are firmly in Ree’s sights as he pulls the film together.
In the interviews that intersperse the footage of Carlsen playing chess, this young master seems utterly aware of not only his social awkwardness, but also the fact that he struggled to make friends at school because of his passion; “It’s hard to be cool when I play chess”, Carlsen honestly tells the audience, but in the world of chess, Carlsen is the ultimate cool kid as he takes down older and more experienced players than him. The trouble with the film arises with the focus of the film being almost too far away from Carlsen; archive interviews with him as a child go some way to giving the audience insight into his character and passion for chess, but we do not get to meet the older Magnus until the film is well into its second half. As well as this, there is only so much tension that can be created with the focus on the World Championships, as there is obviously a reason that this story is being told.
In all, however, ‘Magnus’ is a charming and endearing documentary, but a stronger focus on Magnus in the present day would have made for a stronger film, as would a less familiar structure to the film. As it stands, ‘Magnus’ is an engaging story that works whether audiences are familiar with chess or not, but there are times when the film feels a little superficial and conventional.
RATING: 3/5
Review by Brogen Hayes