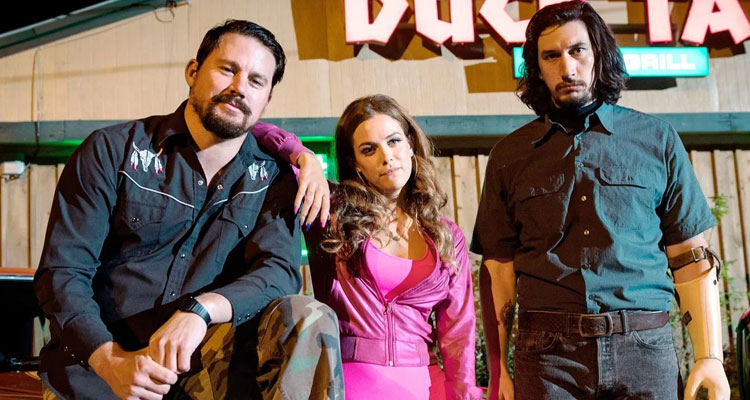 THE PLOT
The Logan’s are a blue-collar family from the hills of West Virginia, and their clan has been famous for its bad luck for nearly 90 years. But the conniving Jimmy Logan (Channing Tatum) decides it’s time to turn the family’s luck around, and with a little help from his friends, the Redneck Robbers, he plans to steal $14 million from the Charlotte Motor Speedway on the busiest race day of the year.
A heist movie with a difference: Steven Soderbergh, the director of the Ocean’s Eleven trilogy and an A-list cast including Channing Tatum, Daniel Craig and Adam Driver deliver a smart, thrilling and funny blue-collar story of an audacious multi-million dollar robbery.

THE VERDICT
Retirement from feature filmmaking doesn’t seem to suit Steven Soderbergh. He got bored of it, so we can be thankful that he’s picked up the megaphone again. Logan Lucky is anything but boring. It’s a typically well-crafted, good-humoured heist caper from a witty script by Rebecca Blunt. Think of it as a low-rent Ocean’s Eleven, populated by ordinary joes who are basically good country folk dreaming of a better life for their families. Channing Tatum is ideally cast here as the everyman with a plan, with Adam Driver providing strong support as his one-armed and possibly half-brained brother. The wild card here is Daniel Craig’s dim-bulb convict who thinks everyone else is stupid. It’s a rib-tickling performance from the usually intense actor. Soderbergh directs with a light touch, clearly having as much fun as the audience will (a scene involving a missing arm is a hoot). Welcome back Mr Soderbergh. We missed you.