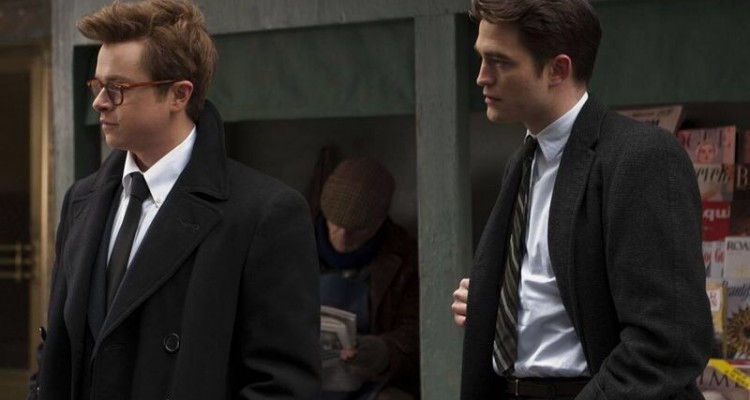 LIFE (Canada | Germany | Australia | USA/15A/111mins)
Directed by Anton Corbijn. Starring Robert Pattinson, Dane DeHaan, Joel Edgerton, Alessandra Mastronardi, Ben Kingsley
THE PLOT: Photographer Dennis Stock (Robert Pattinson) is intrigued when he meets the up and coming actor James Dean (Dane DeHaan), and sets out to photograph the actor, knowing that there is something special about the man, something that could be invaluable for his portfolio. The trouble is that Dean is less than enamoured with the idea of having his photo published in Life magazine.
THE VERDICT: James Dean is one of the most iconic figures of 1950s Hollywood cinema, partly because of the photos that Stock eventually got, but also partly because of his tragic death at the young age of 24. Due to this legendary status, any film about the actor is bound to be problematic, but Life seems to be a movie that struggles to find a consistent tone.
There is little doubt that Dane DeHaan looks remarkably like James Dean in Life, but although his performance feels honest to some degree, it also feels forced and rather like an imitation or an affectation. There are moments of greatness, but there is a lot of overacting and scenery chewing also. Robert Pattinson hits one note throughout the entire film; never seeming to get angry, sad, happy or anything in between, just coasting along and pursuing a man who wants to be pursued. The rest of the cast is made up of Alessandra Mastronardi, Joel Edgerton, and Ben Kingsley as the head of Warner Bros Studios at the time when Dean was flirting with fame.
Luke Davies’ screenplay tries to balance out the notion that Dean and Stock were at odds with one another for most of the film, and harmony and understanding led to wonderful photographs and an advancement in both mens’ careers. This may or may not be true – who can say, 60 years after the fact – but this is the rock that the film is built on, and it’s an unsteady one. By framing the film this way, most of the running time is spent with Stock chasing Dean down, and Dean avoiding him. Since neither character seems to particularly care about anything, this nihilistic vibe spreads through the film, leaving the emotional resolution at the end to fall flat.
As director, Anton Corbijn allows the film to meander through the story, with no sense of urgency or pace. While the relationship between Dean and Stock is interesting to watch, it hinges on the creation of a visual image, which does not lead to a high level of drama, tension or emotion. As mentioned, there are some moments of greatness, but these are perhaps created since we, the audience, already know the fate of one of the central character. Charlotte Bruus Christensen’s cinematography is beautiful, however, and Anastasia Masaro’s production design makes the film feel like a true period piece.
In all, LIFE is a film about the creation of iconic images in which the images do well, but the icons suffer slightly. DeHaan over does it slightly and Pattinson plays one note; the story is interesting, but suffers through bad pacing, underdeveloped characters and an emotional payoff at the end that doesn’t actually payoff all that well.
RATING: 2.5/5
Review by Brogen Hayes

Review by Brogen Hayes
2.5
No payoff