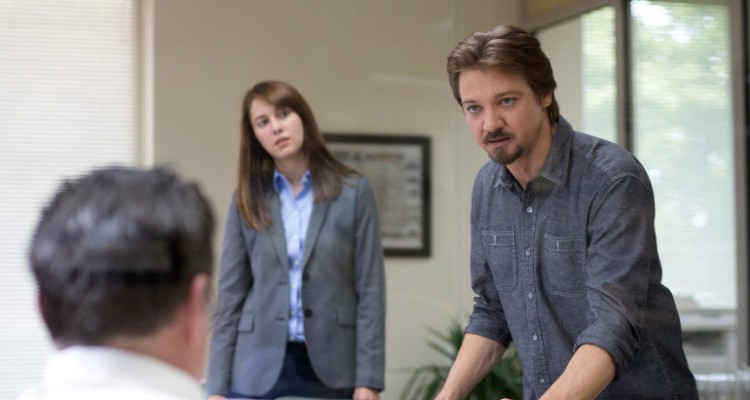 THE VERDICT: Based on a true story, Kill the Messenger feels a little like an episode of House of Cards, at times. Jeremy Renner is on fantastic form as the tenacious and thorough Gary Webb. Renner makes the character believable and relatable and, although he struggles against a flabby script at times, Renner forms the heart and soul of the film. The rest of the cast is made up of Oliver Platt, Michael Sheen, Rosemarie DeWitt, Mary Elizabeth Winstead and Andy Garcia. Each do fine in their roles, but since this is the story of Webb and his exposé, they are rarely anything other than supporting characters, who flit in and out as the story requires.

The film is based the book KILL THE MESSENGER by Nick Schou and DARK ALLIANCE by Gary Webb. The story is a look at the relationships between a journalist, the public and the government, as a journalist at a local newspaper uncovers a massive scandal that implicates the US government in trafficking drugs into the country. The screenplay starts off well, making Webb’s investigation tight and speedy. The trouble arises after the story is published, at which point the film becomes flabby and overwrought, as it tries to shine a light on the effect that being discredited had on both Webb and his family. As well as this, characters wander in and out of the story, making it feel messy.

Michael Cuesta’s direction is strong to begin with, but soon descends into messy pacing and seemingly ridiculous plot points, The cast give strong performances, and Renner valiantly tries to carry the film all by himself, but KILL THE MESSENGER could have done with a stronger hand, and some clearer direction other, it seems, than outrage at the treatment of its protagonist.

In all, KILL THE MESSENGER has all the right ingredients to be fantastic and strong thriller. Instead, due to some weak storytelling choices, the second half of the film descends into chaos and, although there is a true and tragic story here, Webb’s legacy deserves more than this.
RATING: 3/5
Review by Brogen Hayes