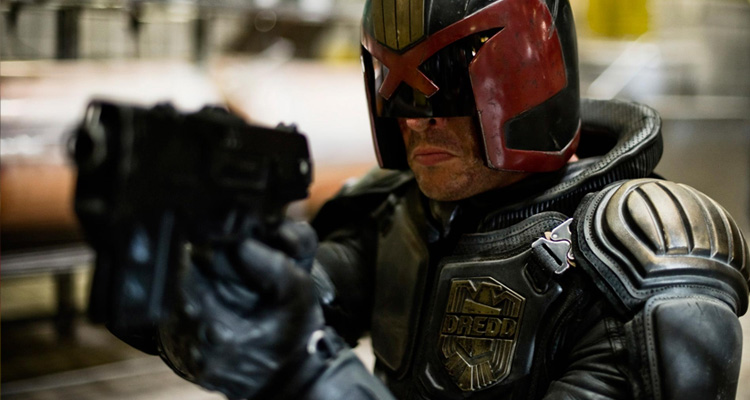 Judge Dredd looks set to enforce the law in Mega-City One once again. At his own personal panel at Denver Comic Con, ‘Dredd’ star Karl Urban was asked by a fan about the possibility of a sequel, to which the Australian actor replied “Yes. ‘Dredd 2′ is in development.”

Directed by Pete Travis and written by Alex Garland, ‘Dredd’ arrived in cinemas in 2012 earning praise from critics and audience alike. Yet the comic book outing, co-starring Olivia Thirlby, Lena Headey¸ and Domhnall Gleeson, failed to hit it big at the box office, hurting its chancing for a follow up. Nevertheless, that did not stop numerous petitions and attempted fundraising efforts from fans.

ScienceFiction.com confirmed Urban’s comments, with the actor going on to explain to crowd that one of the reasons for the first movie’s failure at the box office was due to the fact there had been no awareness for the film. However, once it hit DVD it gained traction with people and the sales went through the roof, proving that there was an audience for more outings of the iconic lawman who acts as judge, jury and executioner.

Where the ‘Dredd’ follow-up may land is unknown, but Urban had previously said he would be on board if the property made the move to Netflix or Amazon, whether that be as a series of movie.

UPDATE – Karl Urban has since backtracked on the above comments and currently there is no DREDD sequel in development. Watch this space for more info on any hopeful Dredd 2 news.