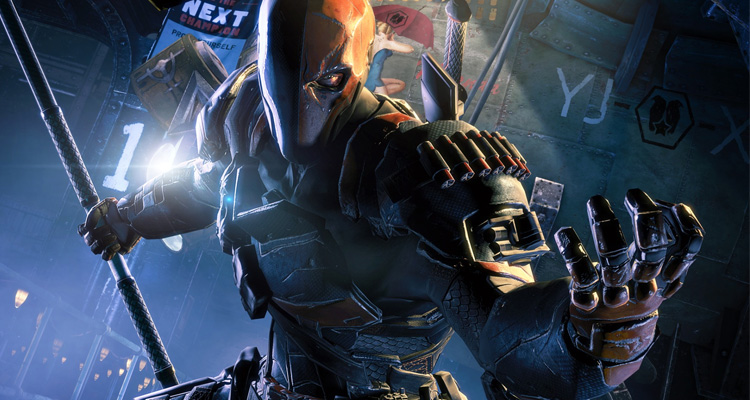 Last week Ben Affleck took to social media to share a clip of DC Comics villain/anti-hero Deathstroke. The video, which you can check out below, did not reveal the actor underneath the mask, sending the internet into a frenzy of speculation.

Slade Wilson aka Deathstroke, or commonly referred to as Deathstroke the Terminator, was created by Marv Wolfman and George Perez in 1980 and first appeared in ‘The New Teen Titans #2.’ Deathrstoke  is considered to be the deadliest assassin in the DC universe, and rightfully so as the super enhanced antagonist has taken down the Dark Knight multiple times in the comics.

‘Justice League’ is currently in production in London under the direction of Zack Snyder. Johns declined to comment if Deathstroke would be making an appearance in the film.