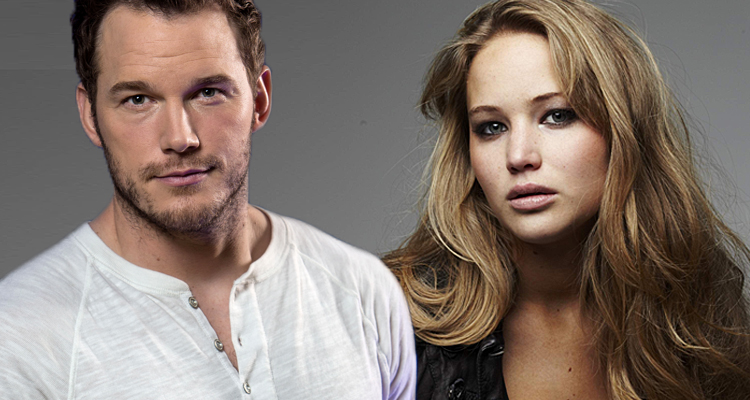 Jennifer Lawrence and Chris Pratt In Talks For PASSENGERS

TheWrap is reporting that Jennifer Lawrence (‘The Hunger Games’) and ‘Guardians of the Galaxy’ star Chris Pratt have entered into talk to play the leads in the long-in-development sci-fi tale ‘Passengers.’

Featuring a script by Jon Spaiht, ‘Passengers’ is set in the future on a spacecraft transporting thousands of people to a distant colony planet. During its centuries-long interstellar voyage there is a malfunction in one of the sleep chambers. As a result, a single passenger (Reeves) awakens from cryogenic sleep 90 years before anyone else. Faced with the prospect of growing old and dying alone, he, in turn, awakens a beautiful woman.