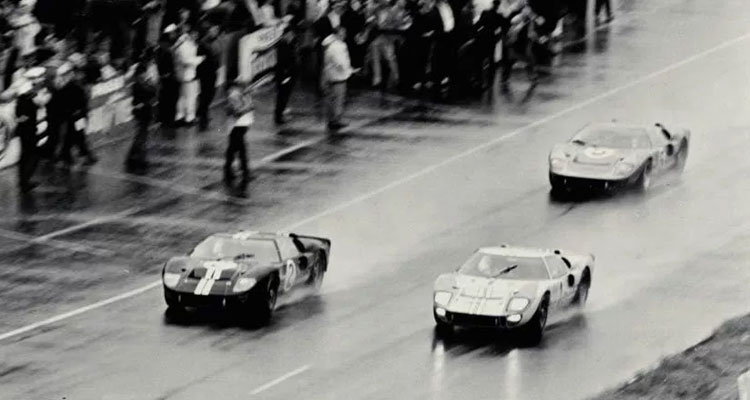 The folks over at Variety are hearing word that James Mangold has signed on to take the director’s chair for an untitled drama about the rivalry between the designers at Ford and Ferrari to create the world’s fastest racecar.

Mangold is working with ‘Edge of Tomorrow’ scribes Jez and John-Henry Butterworth to pen the film which follows an eccentric, determined team of American engineers and designers, led by automotive visionary Carroll Shelby and his British driver, Ken Miles, who are dispatched by Henry Ford II with the mission of building from scratch an entirely new automobile with the potential to finally defeat the perennially dominant Ferrari at the 1966 Le Mans World Championship.

According to the trade’s sources, Mangold is believed to be eyeing his ‘3:10 to Yuma’ star Christian Bale for the role of Ken Miles, and Matt Damon for Caroll Shelby.

Hollywood has long attempted to tell the battle of the car giants on the big screen, and at one point had Michael Mann (‘Heat,’ ‘Public Enemies’) attached to direct an adaptation of A.J. Baime’s ‘Go Like Hell: Ford, Ferrari, and Their Battle for Speed and Glory at Le Mans.’ However, the rights for that project have since passed hands and the story is now headed to the small screen.

Mangold’s ‘Logan’ follow-up was originally slated to be a drama about kidnapped heiress Patty Hearst starring Elle Fanning, but the film was canned in the wake of complaints by the Hearst family.