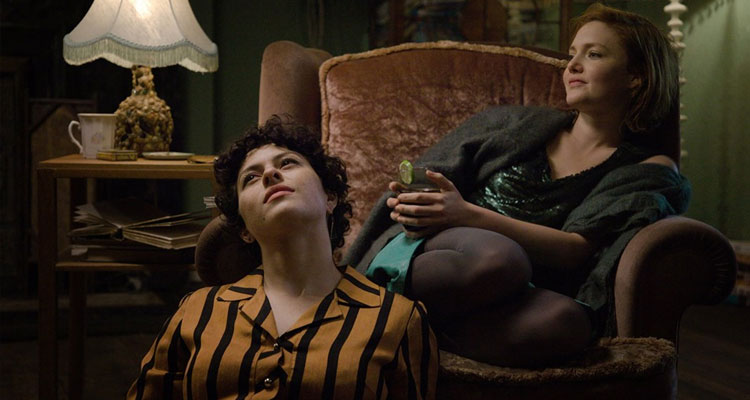 Interview – Behind the scenes on ANIMALS with producer Cormac Fox

Set in Dublin, ‘Animals’ is a stylish new movie about two friends (Holliday Grainger & Alia Shawkat) who love to party hard in the city’s coolest venues; however, that all begins to change when a new love interest comes along. We caught up with producer Cormac Fox to talk about shooting the film in Ireland.

What was it about Emma Jane Unsworth’s novel that grabbed you?
It was the ballsy attitude of the two lead characters, even though I’m a man I could see similarities in their lifestyle. When the characters ask “when does the party have to end?” I’d say a lot of people in the film industry can relate to living in that fantasy bubble; working that dream job, that doesn’t make much financial sense. We all plow on and we love the lifestyle – the ups and downs on the rollercoaster. The two girl’s lives were fresh to me, it wasn’t the kind of cliché of here’s two best friends, one meets a guy and their friendship ends.

The two lead actresses have amazing chemistry together; how much time did they spend rehearsing?
It was quite a lengthy rehearsal process, the second last week of prep was during the ‘Beast From The East’ storm, which was an unusual experience, a lot of the Australian crew didn’t know what to make of it, a lot of the team weren’t able to get into work, so it gave the director a lot of time to do rehearsal. Holliday & Alia were out walking around Dublin in the blizzards, Sophie (director) did a lot of workshops and gave the girls a lot of challenges – Like go shopping in character or go to a bar in character. She gave them tasks to try find out something about the other. She did a lot of intimate character building, that’s one of her strengths to work with the cast, & the cast threw themselves into it.

The film showcases Dublin venues like Sin E and The Dame Tavern, how did you decide what venues to shoot in?
We did a lot of reckie, it was a struggle, (laughs) we went to a lot of pubs, at least a dozen different pubs & got a lot of different energy and vibes from each. Sin é worked very well because our production base was over that side of the city, & places like the Brian Boru upstairs we turned into a wine bar,

Besides the weather, what are the challenges of shooting a film in Dublin’s city centre?
It’s the logistics of shooting in real locations, there isn’t a huge amount of production space in Dublin, we used one at Croke Park but you’re trying to get all your crew to the location, unload your gear, run around between locations and minimise travel. The weather was a big problem during production but during the shoot was fine. One of the challenges was filming the fox, which was a strong metaphor for the movie. It was a real fox, we thought about CGI but it was expensive, so we had to bring a fox in a couple of times, another time a wild fox was running around and we got some shots then.

Where in Dublin were the girls living? The rent on a house like that must have been eye watering.
They lived at a place called Coláiste Mhuire on Parnell Square, we talked about the girls not being able to pay that rent, especially with house prices, how can they afford that?  But I do know someone like that, who lives in an area where there’s a lot of run down Georgian houses that fell vacant, they spent the time going around flea markets getting crazy furniture to put in, that was the vibe we were going for.

Holliday Grainger’s Irish accent is perfect, did she work with dialect coaches or just spend a lot of time in Ireland?
We had a dialect coach, there was a lot of chat about what type of Irish accent she’d have, there was talk about whether she should sound like Saoirse Ronan or Jennifer Zamparelli, we did a lot of listening to the radio. Her partner was here while he worked on ‘Penny Dreadfuls’ which helped, she pretty much had the accent nailed before we started rehearsing.

ANIMALS is at cinemas from Aug 9th 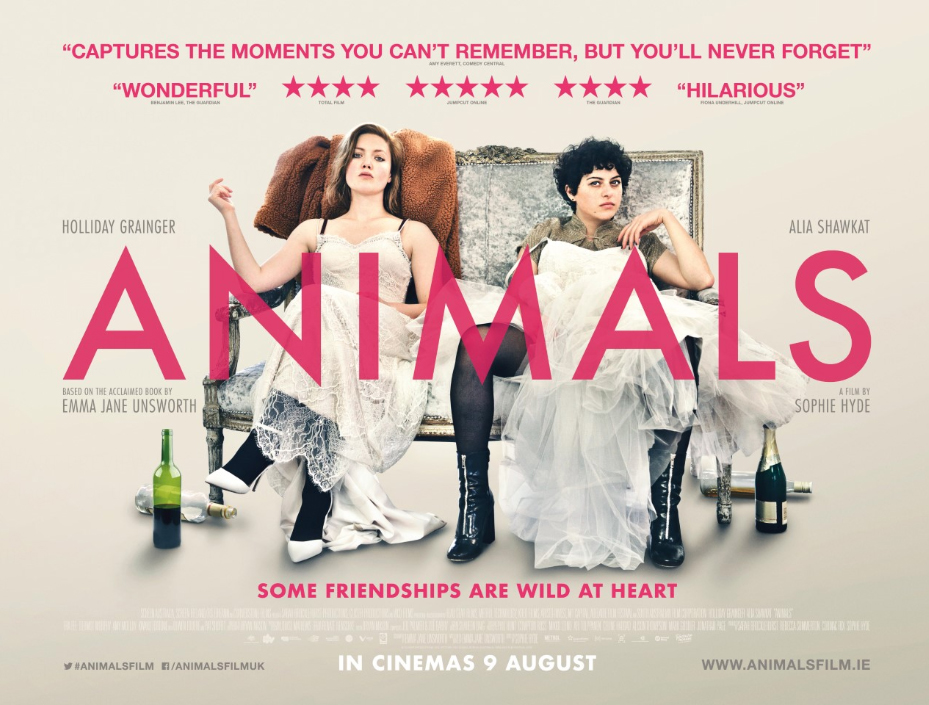