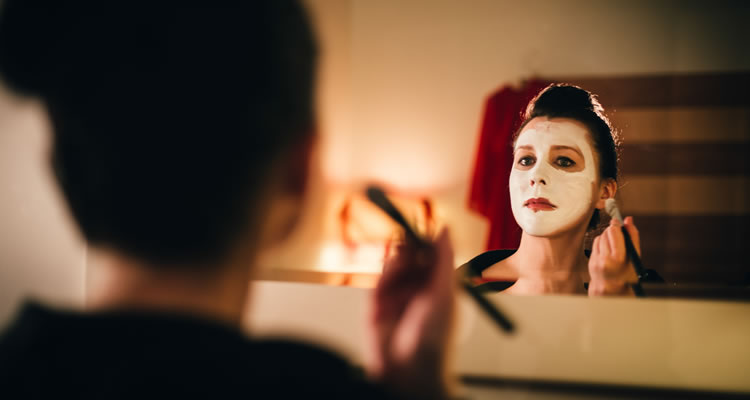 Interview with Alice Lowe for ‘Prevenge’

This week, British comedienne Alice Lowe makes her directorial debut with the dark, twisted and hilarious ‘Prevenge’. The film tells the story of Alice (Lowe), who believes that her unborn child is telling her to kill, which she does with almost gleeful delight.

Movies.ie caught up with the wonderfully talented and funny Alice Lowe to find out more about ‘Prevenge’, what it was like to take on this challenge while pregnant herself, and her thoughts on the challenges facing women in the film industry.

‘Prevenge’ is so dark and hilarious. Where did the film come from?
Alice Lowe: I was asked to write a film, and seeing as I was pregnant at the time, it comes from my deepest darkest pregnancy fears! Which were also, apparently, funny.

This is your directorial debut; what made you want to direct this one?
AL: Well, the person who was going to direct it, suggested it. He said, ‘this is your baby’. Ha ha. And even though I kinda had enough on my plate, I knew he was right. I did want to direct beforehand, but not necessarily pregnant!

How challenging was it to take this film on while you were pregnant?
AL: I found filming very glorious and enjoyable. It was afterwards that was more challenging! Babies are less controllable than bumps.

Was it a conscious choice for you to turn the vulnerable, fragile, almost angelic image of pregnant women on it’s head?
AL: I guess so. I wanted to shake up representation of women on screen generally. I hope the film represents a release of all the wicked things women aren’t supposed to do and makes them “unlikeable”. I wanted to create a character that was unbounded by her gender or status as mother. There is more to her journey. She is an individual and often I feel women on screen are taken as representative of their gender. I wanted to shake free of that. This character is her own beast!

Women in positions of power are often – frustratingly!! – portrayed as vulnerable or weaker than men. Did you deliberately want to challenge this by writing, directing and starring in ‘Prevenge’ while pregnant?
AL: See above! But, I just want to make films really. The only bad thing about my job is when I don’t get to do enough of it. So I guess there was a little evil glint in my eye when I came up with the notion of filming while pregnant. “If I can pull this off, no one can ever say that female directors are limited by being a woman!”

There is often a motif of evil babies or children in horror films. Did you take inspiration from any other films?
AL: Yes! Rosemary’s Baby, Don’t Look Now, The Shining, all my favourites.

There is a great balance between the dramatic, the comedic and the bloody horror in ‘Prevenge’. How did you go about creating this?
AL: It was a labour of love in the edit. I knew for those shifts to feel intentional and not messy, it had to be super slick. I really wanted to push boundaries by creating this chimera of genres. I wanted moments of pathos as well as everything else. So that was a gamble. The idea that people who like horror/comedy might switch off if there were any ‘deep’ bits! But I think that’s a disservice to the audience to underestimate them. I think the sound and music really helps with those shifts as well and that was very much down to my very brilliant collaborators. I also wrote parts for actors who I knew were adept at drama as well as comedy. And who strive to convey truth. Life is pretty odd really. And I think everyday is about feeling all those shifts in moods. It’s just about freshening up our approach to them. Never letting performances/characters/scenes/script slip into cliche.

Throughout ‘Prevenge’ it feels as though you are working through your own feelings and fears about motherhood on screen – although let’s hope you were not afraid of having a murderous child!! Obviously this means you brought a certain personal vulnerability to the role. Were you nervous about being this honest and open?
AL: I think it would have failed if it wasn’t honest and open. It’s my most personal project ever. I am not a stand-up, I’m not usually ‘myself’ on screen. So even though obviously I’m not a murderer (!), I knew there was a burden of responsibility to be honest about pregnancy. I think the whole thing, just like pregnancy, was an exercise in opening up. The first scene we shot was in a bath. It was like, “Hi I’m your director, now I’m going to disrobe”. But in a way I thought, this is what childbirth is all about. You are very vulnerable and you put yourself in the hands of other people who are going to see all your bits! You might as well get over it. And it’s always best to give as much of yourself over as you can to these things. You have to give “life” or maybe “soul” to the project by putting a fragment of yourself in it. It’s scary, but true!

Your child has a small role in the film, and obviously you were pregnant while filming, when are you going to show ‘Prevenge’ to your daughter?!
AL: Never. Just joking. When she’s 15 as stated by government film guidelines.

Have you ever been tempted to go to the US and take on Hollywood the way that Richard Ayoade has done with ‘The Double’ and Ben Wheatley has done in working with Martin Scorsese on ‘Free Fire’?
AL: Um, watch this space. It scares me, but it would be nice to be able to thank all the people I’ve worked with by paying and treating them sumptuously! My thing is, I don’t want to leap into a huge budget and lose a lot of creative authority, because the studio “owns your ass”! I would rather do it gradually and nurture this little growing sprout which is my “creative voice”. Or whatever! I’m still learning. Walk before you run, etc etc.

One of your first on screen role was in ‘Garth Marenghi’s Darkplace’, and you went on to have roles in ‘Black Books’, ‘The Mighty Boosh’, ‘This is Jinsy’ and ‘Inside No. 9’. Do you have any plans to return to the small screen?
AL: Yes! Someone employ me immediately. I am available for acting work, weddings, bar mitzvahs, etc. I am also developing a TV drama idea.

Other than motherhood, what’s next for you?
AL: A long sleep. In my dreams! Haha. A lot of Iggle Piggle, nappies and another feature. It’s an even more bonkers one! Can’t wait.

‘Prevenge’ is released in Irish cinemas on February 10th 2017. Watch the trailer below…