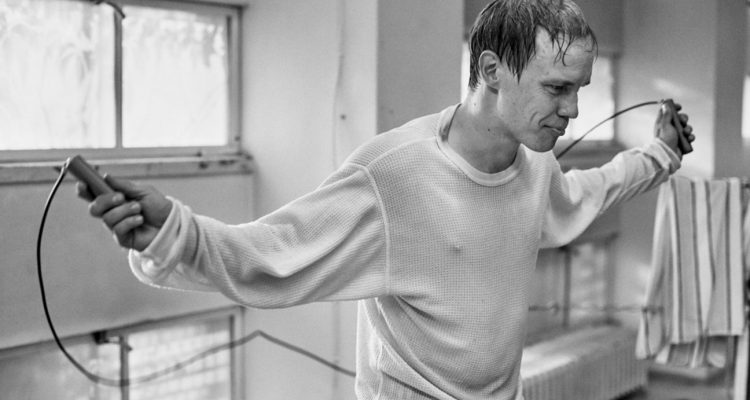 The Happiest Day in the Life of Olli Maki

THE HAPPIEST DAY IN THE LIFE OF OLLI MAKI (Finland | Sweden | Germany/TBC/92mins)
Directed by Juho Kuosmanen. Starring Jarkko Lahti, Pia Andersson, Oona Airola, Eero Milonoff, John Bosco Jr.
THE PLOT: In 1962, Finnish boxer Olli Maki (Jarkko Lahti) faced the biggest fight of his career against US fighter Davey Moore (John Bosco Jr.). Although Maki’s trainer promises him that the day he beats the American wil; be the happiest day of his life, Olli quickly feels the pressure of an entire nation looking to him to validate their national pride, and even worse; Olli has just fallen in love, and finds his loyalties torn.
THE VERDICT: Finland’s submission to the Oscars for Best Foreign Language Film this year, and shot in 16mm black and white, ‘The Happiest Day in the Life of Olli Maki’ is not quite the quirk-fest that the title may have you believe, but a boxing film that manages to shake off every cliché in the book to be a genuinely touching and warm story.
Jarkko Lahti leads the cast as Olli Maki, making the character gentle and sweet, and seemingly entirely confused as to why he is the subject of so much attention. Lahti makes it clear that Maki never thought that fighting would lead to such fame and pressure, and he struggles with this throughout the film. The rest of the cast features Oona Airola, Eero Milonoff, John Bosco Jr and Pia Andersson. The real life Olli and Raija Maki also make a blink and you miss it appearance in the film.
Based on the true story of Olli Maki’s life, and written for the screen by Mikko Myllylahti and Juho Kuosmanen, The Happiest Day in the Life of Olli Maki is a wonderful thing; a boxing movie with none of the clichés. In fact, as Myllylahti and Kuosmanen have written the story, the film is actually an examination of when national pride turns to national pressure. Of course, there are moments when Olli feels rather like the stereotypical millennial, as it seems that all he wants to do is hang out with his girlfriend, but even this is presented in a charming and gentle manner, that actually adds to the character of Olli Maki, rather than turning audiences against him.
Director Juho Kuosmanen makes sure that ‘The Happiest Day in the Life of Olli Maki’ is a film about boxing and the glory that can come with boxing on a national level, but he also makes the film a story of expectations and reality. The film is well paced with comedic moments carefully peppered throughout, and the sense of Olli reaching breaking point is almost tangible.
In all, ‘The Happiest Day in the Life of Olli Maki’ is a charming little boxing movie that shakes off all of the clichés created by films of the past. The story is charming and Jarkko Lehti is great in the lead role. The film is a little gem that deserves to be seen.
RATING: 4/5
Review by Brogen Hayes