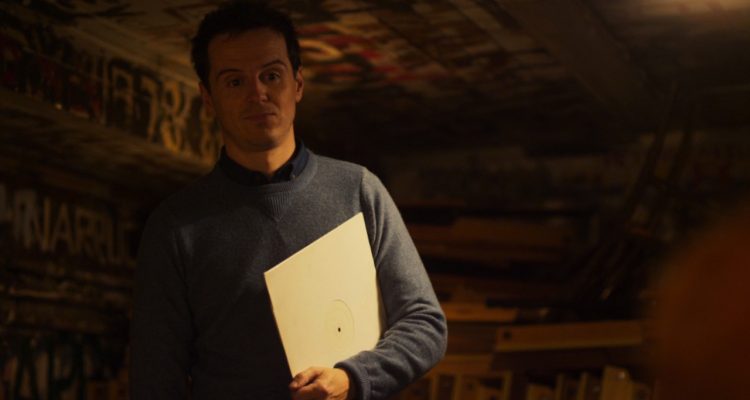 HANDSOME DEVIL (Ireland/15A/95mins)
Directed by John Butler. Starring Andrew Scott, Michael McElhatton, Ardal O’Hanlon, Amy Huberman, Fionn O’Shea
THE PLOT: Ned (Fionn O’Shea) decides to try and get kicked out of boarding school, so he can be free to live life away from the bullies that make his life difficult. All of this changes, however, when Ned’s new roommate Conor (Nicholas Galitzine) shows that far from just being rugby obsessed like the rest of the school, he is also into music and art, meaning he and Ned become firm friends. When rumours about sexuality begin to circulate in the school and teachers start getting involved in the boys’ friendship, Ned makes a public declaration that may just lose him the only friend he has.
THE VERDICT: Directed by John Butler, who previously brought us ‘The Stag’, ‘Handsome Devil’ is a charming comedic film, which also addresses issues of identity and sexuality in a light and engaging manner.
Fionn O’Shea leads the cast as Ned, the outcast who does not fit in with the rest of his rugby obsessed classmates, and is constantly being accused of being gay. Far from making Ned a retiring wallflower, however, O’Shea manages to make the character cheeky, ballsy and charming, and not afraid to stand up for himself while making it known that he prides himself in the things that make him different. Nicholas Galitzine makes Conor more mysterious and stand offish, but the chemistry he has with O’Shea makes the friendship between the two boys seem real and relatable. Andrew Scott has a scene stealing role as English teacher Dan Sherry, and while it may seem as though too much was borrowed from Robin Williams’ character in Dead Poet’s Society, Scott makes the character work as a leader, a catalyst for change and someone that the kids look up to. Michael McElhatton obviously has fun as head teacher Walter Curley, Moe Dunford shows off an aggression and closed mindedness as rugby coach Pascal, while Ardal O’Hanlon and Amy Hubermann have smaller roles as Ned’s parents.
As writer, it is clear that John Butler has mined his own personal experiences for ‘Handsome Devil’, as the film feels deeply personal when it comes to Ned being the outsider who doesn’t mind all that much that he is. There are times when plot elements seem to appear out of nowhere, which is slightly jarring, as is the idea that the audience can never be quite sure which era the film is set in. That said, the relationships between the characters feel real, there is plenty of comedy and heart, and it is great to see an Irish head teacher be firm, but not cruel with his students.
As director, John Butler struggles sometimes to balance the comedy and the darker, more relevant issues throughout the film, but when these come together, they come together well, making the film that little more layered and charming. The performances are strong, particularly from Scott and his two young students, and anyone who went to school in Ireland will be able to relate to the shenanigans that go on both in and out of class.
In all, ‘Handsome Devil’ is a light, charming comedy that addresses darker issues underneath the slightly familiar surface. The cast are strong, the laughs a plenty, but a stronger balance between secrets and comedy could have turned Handsome Devil from a strong film to a great one. As it stands, however, ‘Handsome Devil’ is a charming tale of friendship, acceptance… And rugby.
RATING: 4/5
Review by Brogen Hayes