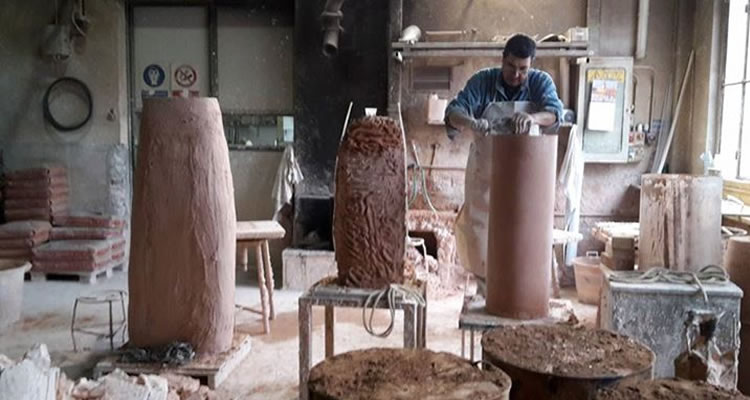 HAND GESTURES (Italy/IFI/77mins)
Directed by Francesco Clerici
THE PLOT: In the 100 year old Forderia Artistica Battaglia in Milan, bronze statues are cast in the same way they have been since the 5th century. Francesco Clerici’s film takes the audience through the intricate and time consuming method of casting a piece of art, all without the use of dialogue.
THE VERDICT: The idea behind ‘Hand Gestures’ is a fascinating one; new footage is blended with that from many years ago to illustrate the fact that the crafts people at this Italian foundry are following the process set out by those who came before them, a tradition that is passed down orally. The trouble is that while the process is interesting and the film is well edited, the entire thing ends up feeling rather like a YouTube tutorial without the benefit of dialogue or explanation.
‘Hand Gesture’s shines a light on an art form that seems as though it is shrouded in secrecy, but it is literally the life in a day of a state of a dog being taken from wax casting to bronze. There is no explanation as to why these methods are used, why they work and why there has been very little technological advancement in this field.
In all, ‘Hand Gestures’ is an interesting idea for a film, but without the benefit of explanation as to why these techniques are used, the film goes from being an informative documentary about the history of the foundry and bronze casting in general, to an admittedly well-edited curiosity.
RATING: 2/5
Review by Brogen Hayes

Review by Brogen Hayes
2
A curiosity