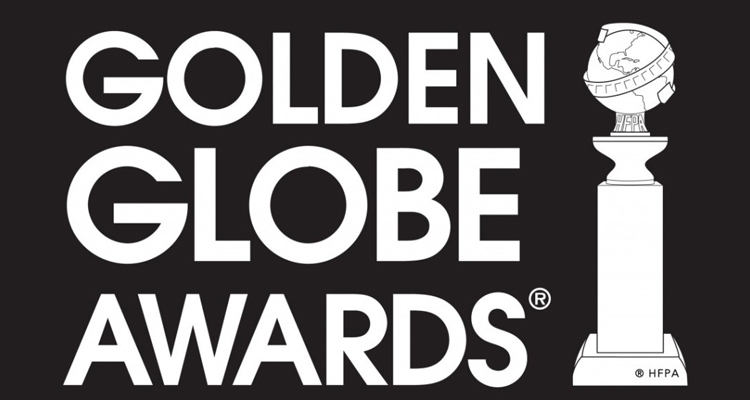 Golden Globes 2015 – All the movie winners

The statues at the 72nd Golden Globes were handed out tonight, and Movies.ie stayed up all night to bring you all the movie winners. BOYHOOD was the big winner of the night, scooping three gongs. BIRDMAN came in a close second, with two awards.

Hosts for the final time – Tina Fey and Amy Poehler – took to the stage looking fantastic, and in fine form. They said that since this was their last time as hosts, they could deliver their monologues with no fear of reprisal ‘What are they going to do, fire us!?’. With this in mind, they opened the show quoting from the how infamous leaked Sony emails – ‘Welcome you bunch of minimally talented and spoiled brats’ before going on to roast the assembled nominees and celebrities, and playing Would You Rather to prove they don’t have the same taste in men, while also cracking wise about Colin Firth, Edward Norton, Richard Linklater and Colin Farrell.

George Clooney was honoured with the Cecil B. DeMille Award for Lifetime Achivement, which Poehler and Fey teased him for, while reminding the audience of his wife Amal Alamuddin’s achievements as a human rights lawyer. When accepting his award, Clooney said ‘I can’t tell you what an honour it is to be up here, I thought they were going to roast me. Thank you to the Hollywood Foreign Press, you have always been very kind to me. Thank you for keeping small films alive; big ones do fine, it’s the little ones that need audiences.’

Best Motion Picture – Drama
The most coveted award of the night went to BOYHOOD. Producer Johnathan Sehring accepted the award, saying ‘To work with somebody like Richard is a once in a lifetime opportunity, and I have had that opportunity three times now. When he came to us with this idea 14 years ago we said yes because the man has such humanity, he’s so humble, he put so much of himself into this movie.

Best Actor in a Motion Picture – Drama
Eddie Redmayne scooped the award for his role as Stephen Hawking in THE THEORY OF EVERYTHING. ‘What an extraordinary thing. It is a great privilege to be in this room, I have had to spend the entire evening not letching over the actors I most admire. This was a huge privilege, Stephen, Jane and the Hawking family allowed us into their lives. Getting to spend time with Stephen Hawking, who has lived passionately, fully and with great humour, was one of the great honours of my life.’

Best Actress in a Motion Picture – Drama
Julianne Moore took home the award for her role in STILL ALICE. When accepting her award, Moore said ‘Oh my goodness! Thank you so much! My mother always told me that a happy person was someone who had work and love. I want to thank Rich [Glatzer] and Wash [Westmoreland] for this amazing opportunity to work’.

Best Actor in a Motion Picture – Comedy or Musical
Michael Keaton cemented his comeback with a win for his role in BIRDMAN. On accepting his award, Keaton said ‘The reason people go on about thanking so many people is that there are so many people to thank. I have taken care, personally and privately, of many people. I want to thank the HFPA for even having a Comedy category. Seriously. If I can carry that flag for even one night…’ Keaton also spoke of his family life, and tearfully thanked his son and best friend Sean.

Best Actress in a Motion Picture – Comedy or Musical
Amy Adams won for the second year in a row, for her role as Margaret Keane in Tim Burton’s BIG EYES. When accepting her award, Adams said ‘To say that I am ill-prepared for this moment is a huge understatement. I didn’t even re-apply lip gloss. I’m luck because I get to stand here tonight with a man who would never silence my voice, so thank you Darren’.

Best Director
Richard Linklater scooped the gong for his work on the ambitious BOYHOOD. When accepting his award, Linklater said ‘I’m the guy up here holding this, but I really feel I am representing a cast and crew of 450 who worked on this, and gave everything of themselves… The bottom line is, we’re all flawed in this world, no-one’s perfect. I want to dedicate this to my parents, and parents everywhere who are evolving, and families who are just passing through this world and doing their best’.

Best Supporting Actor in a Motion Picture
J.K. Simmons won the first award of the night for his blinding performance as a bully in WHIPLASH. Simmons thanked his wife saying ‘Thank you for our above average children.’

Best Supporting Actress in a Motion Picture
There was no surprise that Patricia Arquette took the award for her 12 years of work on BOYHOOD. On accepting her award, Arquette said ‘To my on screen family, the amazing Ethan Hawke, Ellar Coltrane and the beautiful Lorelei Linklater. I love you all. Many thanks to our visionary director Richard Linklater for allowing me to be in something so human, so simple, and yet so groundbreaking’. As well as this, Arquette thanked her partner for loving her, and wished him happy anniversary.

Best Screenplay
Alejandro Gonzalez Inarritu, Nicolas Giacobone, Alexander Dinelaris, Armando Bo took home the award for their work on BIRDMAN. Inarritu said ‘To work with these guys has been the best experience of my life because it was material for us’. Inarritu also thanked the cast of the film for bringing the script to life.

Best Animated Feature
HOW TO TRAIN YOUR DRAGON 2 beat out stiff competition from THE LEGO MOVIE to win Best Animated Feature Film. When accepting the award, director Dean DeBlois said ‘We would love to thank the leadership at DreamWorks, and all the great people at Fox. [Thank you] to Cressida Cowell who created the world that we were able to play in’.

Best Original Song – Motion Picture
Glory from the upcoming film SELMA won the gong for Best Original Song. The song was composed and performed by John Legend and Common, and presented by living legend Prince. Common said, when he stepped on the set of SELMA, that he realised he could see himself in every person and character represented in the film. Common went on to say ‘We look to the future and we want to create a better world. Now is our time to change the world. SELMA is now’.

Best Original Score – Motion Picture
Johann Johannsson won for his score for THE THEORY OF EVERYTHING. It was the first nomination and first win for the Icelandic composer. When accepting his award, Johansson said ‘When you are given material like THE THEORY OF EVERYTHING to work with, it feels like me job is very easy’, before thanking his family in Iceland and Denmark, and noting he wanted to share the award with the technicians and musicians that made his score come to life.