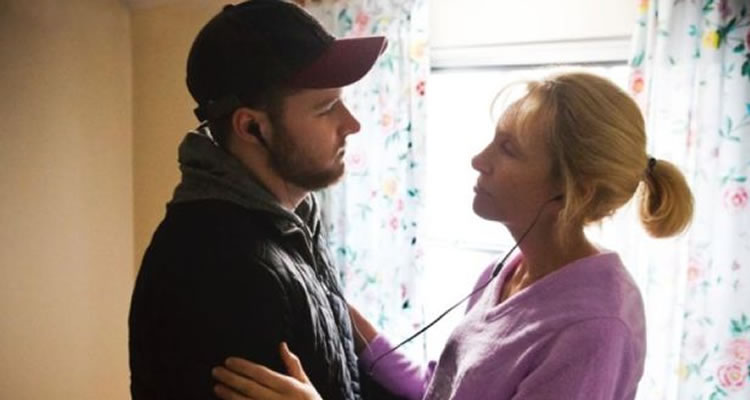 THE PLOT: Young Dublin taxi driver John (Reynor) is having a hard time making ends meet. Living with an alcoholic mother (Collette) doesn’t help, of course, especially when the house often feels the brunt of her anger and desperation. Life isn’t all that much easier for his buddy, Shane (Poulter), who decides it’s time to head to greener shores. For John, leaving home isn’t quite so easy, and he takes on a few questionable passengers who have little choice in their fate too just to fund some much-needed rehab for his mum…

THE VERDICT: You have to admire the balls on Tralee filmmaker Gerard Barrett – he may look like the silent type, but every bit as ambitious and daring as his polar opposite, Terry McMahon. With films that are far more Dardenne than diddley-aye, Barrett shines a light into the darkest corner, revealing universal if ugly truths about loneliness, despair, loss, losing, and all that other good stuff that builds character.

That his no-budget 2013 feature debut PILGRIM HILL (shot on a wing and €4,500) should prove such a critical hit explains the giant leap in star power here (no offence, Joe Mullins, cameoing here as a taxi driver). And full credit to Barrett for not going full-on epic for that difficult second film either, Glassland repeating PILGRIM HILL’s trick of taking its sweet time in telling its tale. Barrett knows that more is often said in the silences.

Yep, there’s a lot of sitting in the dark here, as characters simmer in their own anger and disappointment. And that silence lets you hear every plate scrape, every munch, every goddamn breath. All that silent emoting is titanium to a thespian, of course, and Collette and Reynor carry that burden well. It’s Poulter who shines though, the English scamp having a habit of stealing whatever show he happens to be in. The swine.