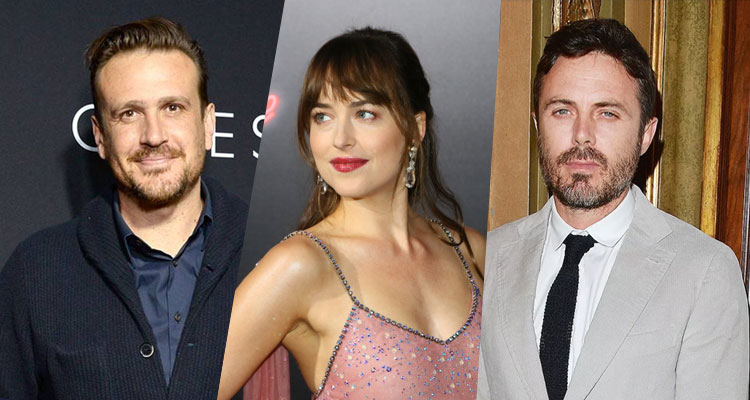 It has been announced that Jason Segel (‘Forgetting Sarah Marshall,’ ‘This is 40,’ ‘The End of the Tour’), Dakota Johnson (‘Fifty Shades of Grey,’ ‘A Bigger Splash,’ ‘Suspiria’) and Casey Affleck (‘Manchester by the Sea,’ ‘Old Man & the Gun’) are set to star in Gabriela Cowperthwaite’s upcoming drama ‘The Friend,’

Written by Brad Ingelsby (‘Run All Night,’ ‘Out of the Furnace) and based on Matthew Teague’s National Magazine Award-winning article first published in Esquire Magazine, the drama tells the extraordinary true story of Nicole (Johnson) and Matthew Teague (Affleck) who, after learning that Nicole has just six months to live, receive the unexpected support of the couple’s best friend (Segel) who decides to move into their family home and put his own life on hold. His impact on everyone is much greater – and more profound – than anyone could have imagined.

Scott Free Productions and Black Bear Pictures will produce with Ridley Scott executive producing. The film will start shooting on location this February in Fairhope, Alabama, in the town where the Teague family resided.