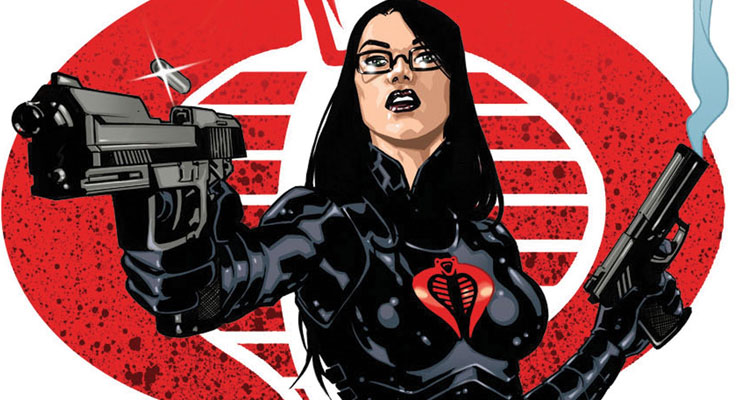 Starring Henry Golding (‘‘Crazy Rich Asians,’ ‘Last Christmas’), the film follows the titular silent but deadly ninja, known for his all-black attire and hidden face, as he seeks revenge for his father’s death—leading him to join the Arashikage ninja clan.

Baroness is the alterego of Anastasia Cisarovna, the spoiled offspring of European aristocrats who, after the death of her brother, changed her outlook from bitter student radical to international terrorist. Officially the head of Cobra intelligence operations, the Baroness is a world-class expert in cryptography, psychological warfare, and bio-chemical skin-irritants.