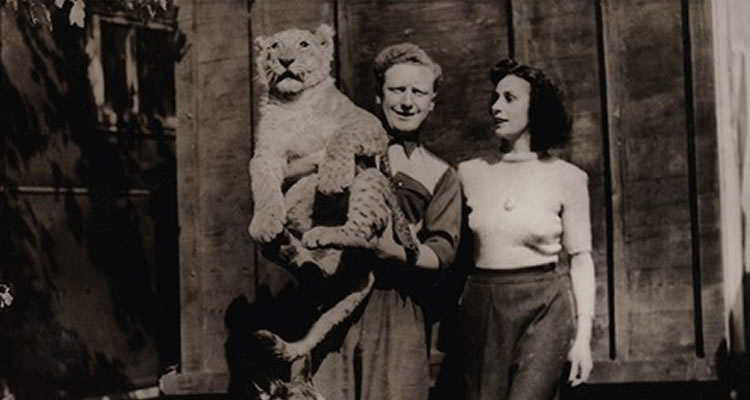 FORTUNE’S WHEEL (Ireland/IFI/76mins)
Directed by Joe Lee. Starring ‘.
THE PLOT: Opening on the faithful night in November 1951, when one of Dublin lion tamer Bill Stephens’ animals escaped, and ran amok through the suburban town of Fairview. As we hear Radio Eireann broadcasts of the incident – including interviews with Stephens and the young pump attendant who got a heavy paw on the shoulder – and view paper clippings from around the world reporting on the wild night, those present recall the childhood chill and thrill of seeing the king of the jungle loose on their school grounds. It was the eventual Garda shooting of that lion that forced Bill into seeking out a new, fiesty lion – all the better to impress the audience, my dear – that risky decision leading us down a dark path as we also jump back to his early years as a drummer, and his growing love affair with animals…
THE VERDICT: Playing in its opening half-hour like a particularly excitable Nationwide segment mixed with the opening paragraph of a Roald Dahl story, as that naughty lion escapes one night and runs amok on the streets of Fairview, Joe Lee’s affectionate but slight documentary then settles into a mildly fascinating man who took his love of animals to the limit, and a little beyond. There’s no question that Dublin Bill Shepherd was a breed apart, but his story has a somewhat predictably tragic arc, even and he and his exotic wife Mai live out the gypsy life on the mean streets of Dublin.
Talking largely to those who were one-removed from those involved, or to those who were just fascinated by the story – including Bill Whelan, a local who inspired the film, and co-produced, FORTUNE’S WHEEL is a curious little beast of a movie, and one that will no doubt find its natural home on the small screen. Having said that, Lee does a fine job of recapturing some of the sweet madness of the man and his times, the opening collage of new and old footage playing against Kay Starr’s 1951 hit ‘Wheel Of Fortune’ being particularly seductive.
RATING: 3/5
Review by Paul Byrne