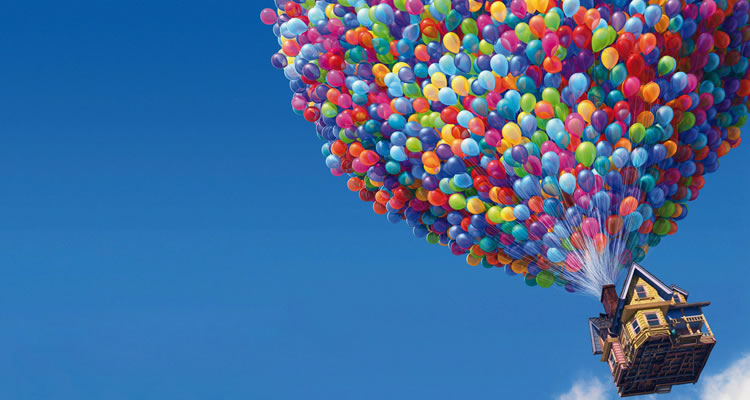 Pixar, since their early days on TOY STORY in 1995, have always had a knack for tapping into real emotion, and leaving their audiences in floods of tears.

INSIDE OUT is released in Irish cinemas this week and – no spoilers! – left us at Movies.ie with tears running down our faces, even as we laughed for joy with the wonderful characters in the movie. This inspired us to take a look back over some of the most tear jerking moments from Pixar movies…

Married Life – UP
UP opens on the promise of adventure. The young Carl (Jeremy Leary) and Ellie (Elie Docter) meet for the first time and hit it off, and obviously make plans to travel the world together. What follows is perhaps one of the most heartbreaking montages ever to appear in an animated film, as director Pete Docter spends just over four minutes taking us through the life of Ellie and Carl, with each moment being more touching than the last. Anyone who tells you they made it through this segment of the movie with dry eyes is either a liar, or made of stone! This is the perfect set up for the rest of the movie, where Carl struggles to allow anyone else into his world, after losing the love of his life.

The Incinerator – TOY STORY 3
John Lasseter (and TOY STORY 3 director Lee Unkrich) spent three movies making us care deeply for Buzz, Woody, Jessie and their toy friends, so when everything turns to disaster at the end of TOY STORY 3, and it seems that the gang are going to end their days in an incinerator it is hard not to be moved by the fate of the characters that we have grown to love.
What is even more touching is the fact that the toys, instead of fighting to save themselves and potentially leave their friends behind, all draw closer together, determined to spend their last moments alive together. This is such a sad and tragic end for the toys to face, and the fact that they stick together no matter what is another indicator of the loyalty they all feel to one another after the events of TOY STORY.

Dory’s confession – FINDING NEMO
Yes, we know Dory (Ellen DeGeneres) has a lot of confessions during FINDING NEMO – she has short term memory issues, she can read English, she can’t pronounce ‘escape’ – but the one we have in mind is her final confession to Marlin (Albert Brooks), when she tells him she considers him her family and when ‘I look at you, and I… and I’m home. Please… I don’t want that to go away. I don’t want to forget’. This is the perfect confession for Dory to make having spent more time with Marlin than she has with anyone else – that we know of – and it sums up a very human fear; the fear of being forgotten or forgetting those who shape us.

The last line – MONSTERS, INC.
Throughout MONSTERS, INC Sully (John Goodman) and the little girl they name Boo (Mary Gibbs) have had a strong bond, but all of this is taken away when it is discovered that Boo has been hiding in the monster world. Although children are not toxic to monsters as once thought, the door that allowed Sully to enter Boo’s closet is destroyed. Mike (Billy Crystal) spends months (if not years), sorting through the wood chippings to find all the pieces of Boo’s door and finally presents it to Sully. In the final moments of the film, Sully opens the door and we hear Boo exclaim her pet name for him; ‘Kitty!’
This is the beautiful ending to a film that turns expectations on their heads, and cements the unusual friendship between a little girl and the monster who should, by rights, live in her closet and solely exist to scare her. The look of delight on Sully’s face is touching, sweet and filled with tear jerking joy.

Holding Hands – WALL-E
At the moment the little trash-compacting robot Wall-E (Ben Burtt) laid eyes on the sleek and beautiful robot Eve (Elissa Knight) he fell in love with her, but Eve had a job to do, and was solely focused on this. Eventually she notices the cute little bewildered robot and they ‘dance’ together through the stars in a scene of beauty and grace.
All is almost lost, however, when Wall-E loses his memory. At the last moment, Eve laces her smooth and shiny white fingers through Wall-E’s rusted digits, and he remembers everything about himself, her and their time together. This is an incredibly simple gesture, but a powerful one, and speaks volumes to the level of intimacy that has built up through the adventures these two robots have had together.

Is there a Pixar moment that always moves you to tears? Let us know in the comments below.

INSIDE OUT is released in Irish cinemas on July 24th 2015