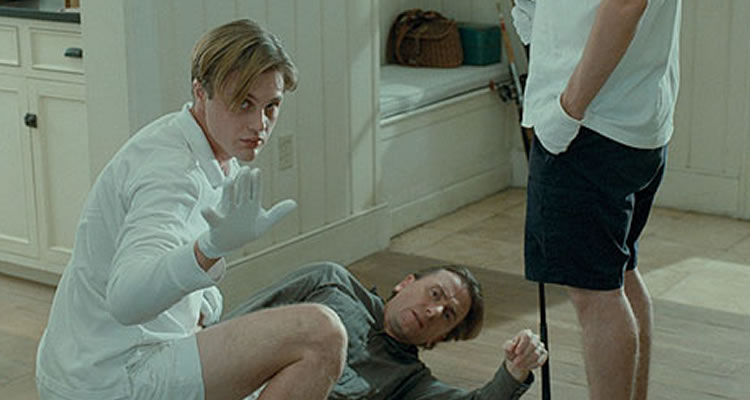 Directors who have remade their own films

‘The Secret in their Eyes’ released in Irish cinemas this week; starring Julia Roberts and Nicole Kidman, the film is a remake of the 2009 Argentinean film of the same name. Although Juan José Campanella, director of the 2009 film did not stand in behind the camera for this English language remake – that honour goes to ‘Shattered Glass’ director Billy Ray – the fact that the film was remade in English got us thinking about the directors who did remake their films, whether it be in another language, or to realise dreams the directors had for the original film, but could not fulfil. Keep reading to find out more.

Michael Haneke – ‘Funny Games’
‘Funny Games’ is about a violent and brutal home invasion. The original film, released in 1997, is set is Austria and stars Susanne Lothar, Ulrich Muhe, Arno Frisch and Frank Giering. The 1997 film was entered into the Cannes Film Festival of the same year and won several awards, but director Michael Haneke wanted to set the film in the US all along.
Ten years after the release of ‘Funny Games’, Haneke finally got his wish, and remade his own film in the English language. The 2007 film stars Tim Roth, Michael Pitt and Naomi Watts, and the house used was based on the blueprints of the house in the original. Both films were well received – although the remake has a lower score on Rotten Tomatoes than the original – and Michael Haneke’s career has gone from strength to strength with an Oscar nomination for his film ‘Amour’ and a parody Twitter account set up in his name; that’s when you know you’ve made it!

Michael Mann – ‘LA Takedown’ / ‘Heat’
Michael Mann’s 1989 TV movie ‘LA Takedown’ stars Scott Plank, Michael Rooker and Alex McArthur. Originally made as a pilot for a TV show, ‘LA Takedown’ was made into a stand-alone movie when the pilot was not picked up. The story of the film is that of a tough LA cop (Plank), who takes on a crime gang led by the charming Patrick McLaren (McArthur). Sound familiar? Well it should! In 1995, Michael Mann finally brought the story of ‘LA Takedown’ to the big screen, only this time it was called ‘Heat’.
Starring Al Pacino and Robert DeNiro as cop and crook respectively, ‘Heat’ was incredibly well received at the time of its release, and earned over £187 million at the worldwide box office. Sadly ‘LA Takedown’, which Mann considers to be a dry run for ‘Heat’ is now best known as being the basis of the more successful film, and is often compared unfavourably with the remake.

Takashi Shimizu – ‘Ju On: The Grudge’ / ‘The Grudge’
The Japanese cinematic franchise ‘Ju-On’ has spawned 11 feature films as well as novels and comics. Created by Takashi Shimizu, the franchise centres on a cursed house in Tokyo where a man murdered his wife, son and his son’s cat in a jealous fit. According to legend, when someone dies with a deep and powerful rage, a curse is born, gathers in the place where the person died and repeats itself.
Takashi Shimizu’s 2002 Japanese film was not only the first of the ‘Ju-On’ films to get a cinematic release, but it was also the first to be screened outside of Japan; reaching the shores of the UK and the US. Two years later, the film was remade in the US, in the English language, with Sarah Michelle Gellar in the lead role. ‘The Grudge’ has spawned two sequels, which were released in 2006 and 2009, which carry on from the US films.

Alfred Hitchcock – ‘The Man Who Knew Too Much’
The first version of Alfred Hitchcock’s film about a man and woman forced to keep a terrible secret after their daughter is kidnapped, was released in 1934, with Leslie Banks and Peter Lorre in the lead. In 1956 a film of the same name, from the same director appeared in cinemas; Alfred Hitchcock had remade his own film.
Not only is the later version of ‘The Man Who Knew Too Little’ an American remake of a British film, but it was one that Hitchcock used to fulfil a contractual demand from Paramount Pictures. In an interview with fellow filmmaker Francois Truffaut, Hitchcock asserted that “the first version is the work of a talented amateur and the second was made by a professional”, which not only shows that Hitchcock had learned over the course of his career, but he was witty and self-critical. The film won an Oscar for Doris Day’s song “Whatever Will Be, Will Be (Que Sera, Sera)” and was screened at the Cannes Film Festival in 1956.

Ken Scott – ‘Starbuck’ / ‘Delivery Man’
Canadian filmmaker Ken Scott is not stranger to having his films remade – most recently his 2003 film ‘Seducing Doctor Lewis’ was remade starring Brendan Gleeson and Taylor Kitsch as ‘The Grand Seduction’. However, Scott has only remade one of his own films; the French language Canadian comedy ‘Starbuck’ – about a man who donated sperm in his 20s, before being sued by 142 people later in life, all of whom claim to be his children – was remade in 2013 as ‘Delivery Man’, and starred our own Simon Delaney and Jack Reynor opposite Vince Vaughn, Cobie Smulders and Chris Pratt.
‘Delivery Man’ came to be since the original absurd and over the top comedy ‘Starbuck’ was in the French language, and was praised for being sweet, silly and charming.

Honourable Mention to Japanese filmmaker Yasujiro Ozu who remade three of his own films – ‘I was Born First’, ‘A Story of Floating Weeds’ and ‘Late Spring’ throughout his career.

‘The Secret in Their Eyes is released in Irish cinemas on February 26th 2016. Watch the trailer below…