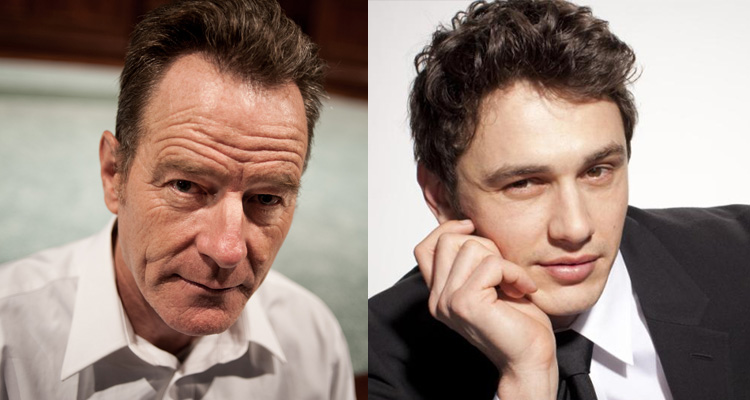 Cranston and Franco Ask WHY HIM?

Byran Cranston (‘Breaking Bad,’ ‘Trumbo’) and James Franco (‘The Little Prince,’ ‘The Adderall Diaries’) are set to co-star in the comedy project ‘Why Him?’ according to Variety.

The film sees Cranston playing a father travelling with his family to visit his daughter at college, and soon finds himself in bitter rivalry with her brash new tech billionaire boyfriend (Franco).

John Hamburg (‘Along Came Polly,’ ‘I Love You, Man’) is attached to direct, and will co-write the script with Ian Helfer (‘The Oranges’).

‘Why Him?’ will mark Franco and Cranston’s second collaboration as the two are already working together on Franco’ latest directorial effort, ‘In Dubious Battle.’