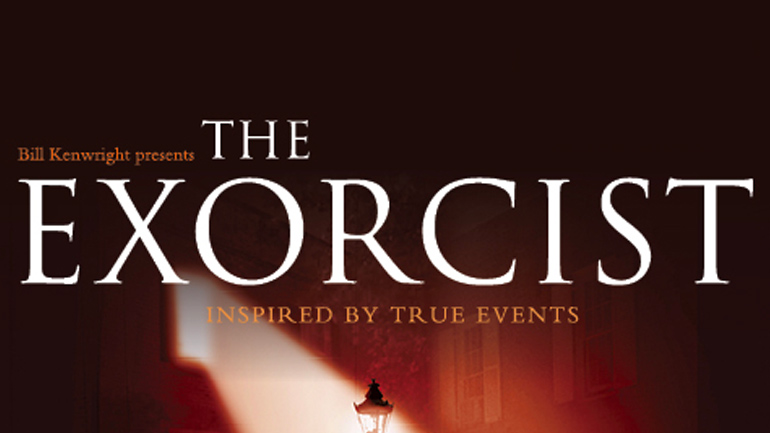 COMPETITION – WIN TICKETS TO THE EXORCIST AT THE GAIETY THEATRE

45 YEARS SINCE THE OSCAR WINNING FILM’S UK CINEMA RELEASE THE EXORCIST ARRIVES AT THE GAIETY THEATRE FOR HALLOWEEN WEEK from OCT 29th to  NOV 2nd 2019.Inspired by true events, this devilishly thrilling tale has been adapted for stage by John Pielmeier and directed by Sean Mathias (Waiting for Godot, No Man’s Land), featuring the voice of Ian McKellen as the Demon. Tickets are on sale now but lucky readers have the chance to win a pair of tickets through Movies.ie, keep reading for your chance to win….

When the medical profession fails to provide answers to young Regan’s strange symptoms, her desperate mother Chris turns to a local priest for help. But before Father Damien can tackle what’s before him, he must overcome his own shaken beliefs, as this fight is for more than just one girl’s soul…

Widely considered the scariest movie of all time, the film adaptation of The Exorcist sparked unprecedented worldwide controversy when it was released in cinemas in 1973. Winner of two Academy Awards, William Friedkin’s masterpiece saw audiences petrified to the point of passing out and went on to become one of the top ten highest grossing films of all time. Now, 45 years after its release, fans of the film and theatre alike get to experience a visually astounding, intelligent and thrilling theatrical experience.

The full cast has been announced for The Exorcist, starring national treasure and BAFTA Award Winner, Paul Nicholas, most recognised for playing the role of Vince Pinner in the celebrated British sitcom Just Good Friends, who will play Father Merin. Alongside Paul will be TV star Sophie Ward, best known for her roles in Holby City and Heartbeat playing Chris MacNeil, and household name Ben Caplan best known for his time as Sgt. Peter Noakes in Call the Midwife, who will play Father Damien. This talented trio will lead the cast for the UK and Ireland tour of the spine-tingling live production of The Exorcist, based on the best-selling novel by William Peter Blatty.

The cast is completed by Tristram Wymark, Henry Labouchere in Victoria; Stephen Billington, D.I. Knight in Armchair Detectives; Patrick Toomey Christopher Sutherland in Holby City; Joseph Wilkins of Young Marx at The Bridge Theatre; Susannah Edgley who starred in The Exorcist in the West End; Jonathan Blakeley from The Mousetrap and making her professional debut is Eliza Capel.

Inspired by true events, this devilishly thrilling tale has been adapted for stage by John Pielmeier and directed by Sean Mathias (Waiting for Godot, No Man’s Land), featuring the voice of Ian McKellen as the Demon. 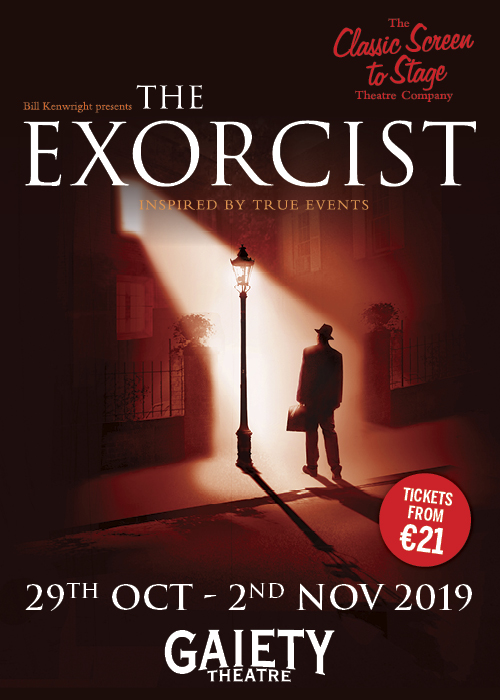 ENTER THE COMPETITION
To be in with the chance of winning two tickets to THE EXORCIST at THE GAIETY THEATRE just answer the following easy question.
Q: Who voices The Demon in THE EXORCIST?