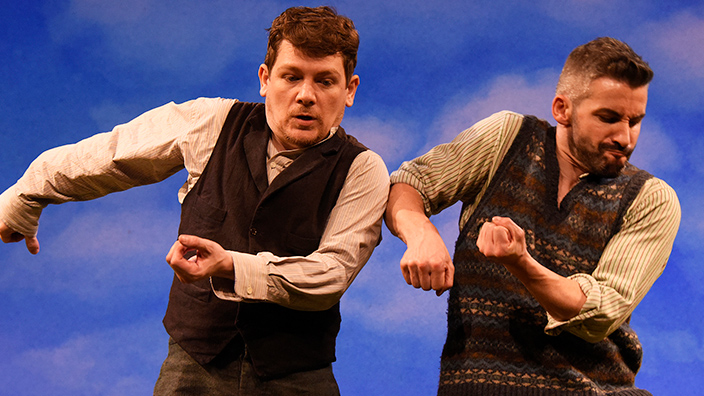 COMPETITION – Win tickets to STONES IN HIS POCKETS

STONES IN HIS POCKETS is a brand new production running at the Gaiety Theatre from April 9th to 13th about a historical blockbuster being filmed in Ireland.  Keep reading for your chance to win tickets.

ABOUT STONES IN HIS POCKETS
Rose Theatre Kingston Productions and Theatre Royal Bath Productions will bring their production of the much loved Stones In His Pockets by Marie Jones to Dublin this April. This production will run for one week only from 9-13 April. Tickets from €21 on sale now.

Owen Sharpe and Kevin Trainor will take on a multitude of characters in this hysterically funny, thought-provoking and witty play, directed by Lindsay Posner, one of the UK’s most renowned directors of comedy.

Stones in His Pockets has won numerous awards including the Olivier and Evening Standard Award for Best New Comedy, as well as three Tony nominations on Broadway. The play ran for four years in the West End and has since been performed around the world.

A small village in rural Ireland is turned upside down when a major Hollywood film studio descends to make a historical blockbuster on location. Charlie Conlon and Jake Quinn are employed as extras along with numerous other locals. As cultures clash, it becomes clear that Tinseltown’s romanticised dream of Ireland is a long, long way from reality.

Just two talented actors brilliantly bring to life a multitude of extraordinary characters, ranging from the spoilt American starlet to the English director and the village old timer. 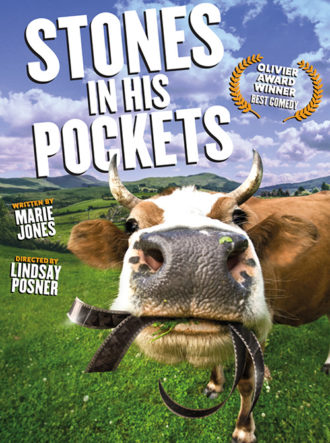 REVIEWS FOR STONES IN HIS POCKETS

“A gem..funny and engrossing. A delight from beginning to end” – Daily Express

“I was delirious with joy” – News of the World

“Not to be missed” – Sunday Telegraph

All Ticketmaster outlets nationwide. No service charge for transactions in person at the Gaiety Box Office. Service charges apply to online and telephone bookings. For full range of ticket prices, charges and terms and conditions, visit Ticketmaster.ie

ENTER THE COMPETITION
To be in with the chance of winning two tickets to the show on April 8th at 7.30 just answer the following question.
Q: What is your favourite movie to have filmed in Ireland?