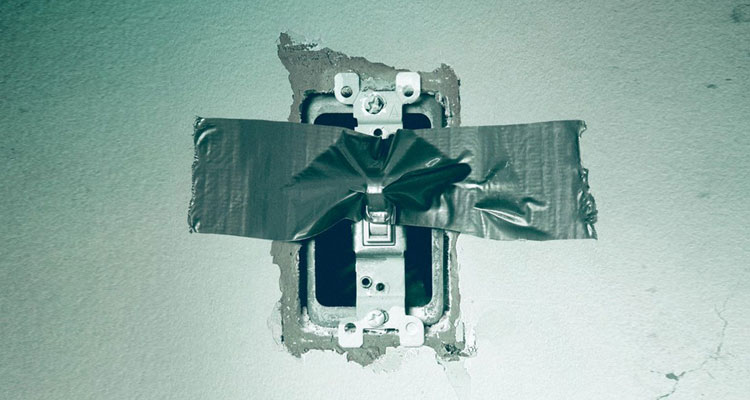 To celebrate the release of LIGHTS OUT in Irish cinemas we have some exclusive movie merchandise to giveaway… Lucky winners can get their hands on nightlights and duct tape, very handy if you’re heading to Electric Picnic next weekend or are planning a kidnapping spree.

ABOUT LIGHTS OUT
From producer James Wan (“The Conjuring”) comes a tale of an unknown terror that lurks in the dark.

When Rebecca left home, she thought she left her childhood fears behind. Growing up, she was never really sure of what was and wasn’t real when the lights went out…and now her little brother, Martin, is experiencing the same unexplained and terrifying events that had once tested her sanity and threatened her safety. A frightening entity with a mysterious attachment to their mother, Sophie, has reemerged.

But this time, as Rebecca gets closer to unlocking the truth, there is no denying that all their lives are in danger…once the lights go out.

“Lights Out” marks the feature film directorial debut of David F. Sandberg, who directed the film from a screenplay by Eric Heisserer (“Final Destination 5”), based on Sandberg’s own short film. James Wan, Lawrence Grey and Heisserer produced the film, with Walter Hamada, Dave Neustadter and Richard Brener serving as executive producers.

ENTER THE COMPETITION
To be in with the chance of winning this LIGHTS OUT merchandise just answer the following easy question.
Q: Who plays the role of Rebecca in the film? (Clue – the answer can be found above)

LIGHTS OUT is now showing in Irish cinemas