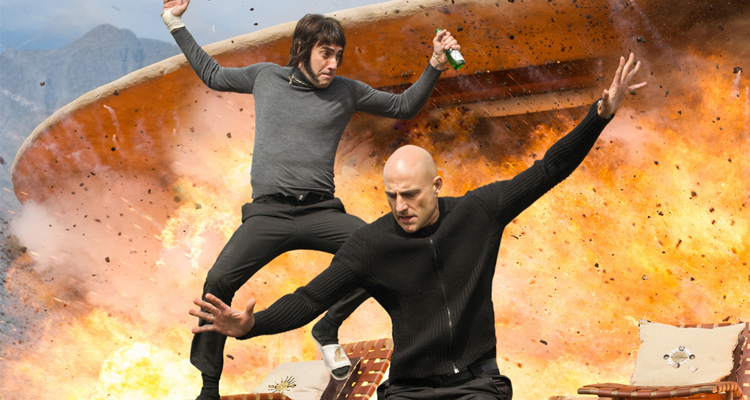 Comedian Sacha Baron Cohen returns to cinemas this month on February 24th with new movie GRIMSBY, to celebrate we have prize packs to giveaway, each pack contains a t-shirt, a heat reveal mug, sideburns and spy binoculars. Keep reading for your chance to win. 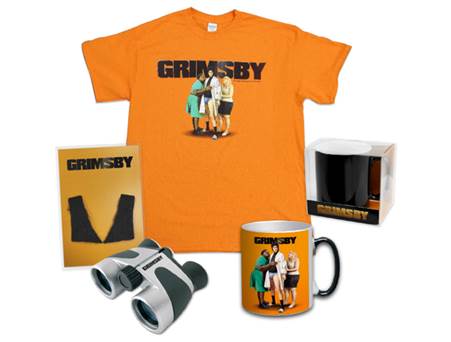 ABOUT GRIMSBY
Oscar® nominee and Golden Globe winner Sacha Baron Cohen – creator of Borat, Bruno and Ali G – is back with a new character: Nobby Butcher, a terminally unemployed but fun-loving football fan who is forced to save the world.

Nobby has everything a man from Grimsby could want – 9 children and a girlfriend he loves more than anything (Rebel Wilson). There’s only one thing missing in his life: his little brother, Sebastian (Mark Strong), from whom he was separated as a child. After 28 years of searching, Nobby has finally tracked his brother down in London – unaware that he’s an MI6 assassin. After a disastrous reunion in which Nobby accidentally ruins Sebastian’s life and puts them both on the run, they uncover a plot to destroy the world. In order to save humanity, and his brother, Nobby has to embark on a global mission and undertake a complete transformation from lovable idiot to sophisticated secret agent

ENTER THE COMPETITION
To be in with the chance of winning a GRIMSBY prize pack just answer the following easy question.
Q: What actor played Bruno, Borat, Ali-G and now Nobby Butcher in GRIMSBY?

GRIMSBY is at Irish cinemas from Feb 24th