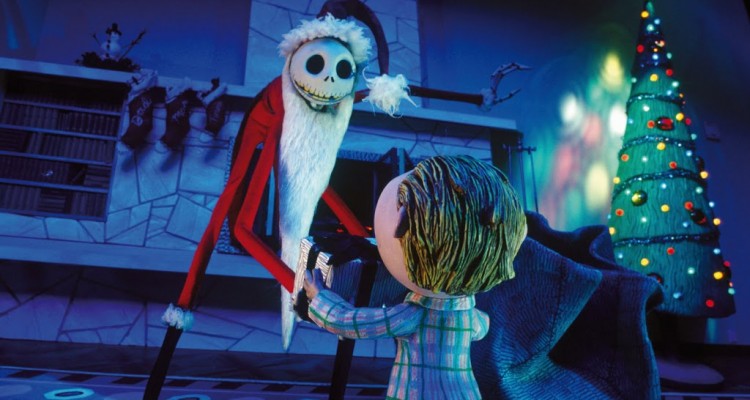 Christmas Movies that we still love to watch… from SANTA CLAUS: THE MOVIE to THE NIGHTMARE BEFORE CHRISTMAS

Remember when Christmas movies were made with the young and the young at heart in mind? Before ‘Bad Santa’ and before all the films that deal with dysfunctional families over the holidays, there were heartwarming adventures with a touch of magic that celebrated Christmas and people coming together at the darkest time of the year.

To celebrate these great movies, and to get you thinking about what you will watch this festive season, Movies.ie has taken a look back over some great Christmas movies aimed at kids, for a walk down nostalgia lane.

SANTA CLAUS: THE MOVIE
This 1985 movie follows Patch the elf (Dudley Moore) as he grows dissatisfied with working for Santa (David Huddleston), his toys falling apart and never getting to experience the world, so he sets out to have an adventure in New York City. There, Patch meets B.Z. (John Lithgow) a scheming executive of a toy company that faces a total shutdown by Congressional investigation due to unsafe products, and gives him the recipe to make lollipops that give children the ability to fly.
‘Santa Claus: The Movie’ is a dark and scary tale that shows the evil that people will commit to make money, but the day is saved by a caring and thoughtful elf who tries his best but often hits adversity due to his hopeful thinking. Although ‘Santa Claus: The Movie; has just a 17% rating on Rotten Tomatoes, it is still a fun examination of greed and villainy, and has become a cult movie and one of the definitive nostalgic Christmas movies.

HOME ALONE
Eight year old Kevin McCallister (Macauley Culkin) is accidentally left behind at home when his family takes a Christmas trip to Paris. Just as he begins to look forward to some peace and quiet away from his large family, Kevin realises that a pair of burglars are planning on breaking into his home, and it is up to him to protect the place.
An instant Christmas classic that spawned two cinema sequels and two TV movies, ‘Home Alone’ was written by John Hughes and directed by Christopher Columbus, and was so popular that it stayed in cinemas well past the festive season, and was the third highest grossing film of all time when it finally left cinemas months later. Although the film did not get strong reviews when it was released, it is a go-to Christmas movie for many people, and has become a cult classic.

A MUPPET CHRISTMAS CAROL
Released in 1992, ‘A Muppet Christmas Carol’ is a retelling of Charles Dickens’ classic tale with a Muppet twist. Michael Caine plays the role of Ebenezer Scrooge, a bitter man, closed off to the love and warmth of the festive season, and Kermit the Frog takes on the role of Bob Cratchit, a frog with a loving family, but not much money. On Christmas Eve, three spirits visit Scrooge and show him visions of Christmas Past, Present and Yet to Come, in the hope of getting the miserly man to change his ways.
‘A Muppet Christmas Carol’, narrated by Gonzo as Charles Dickens, has fun with the source material and adds in some wonderful jokes and some heart warming songs to Muppet-ise the action. Once again, ‘The Muppet Christmas Carol’ was not exceptionally well received when it was first released, but fans around the world loved it, and it is often screened again in cinemas in the run up to Christmas.

THE SANTA CLAUSE
On Christmas Eve, Scott Calvin (Tim Allen) hears footsteps on his roof and confronts the man standing atop his home. When the man falls then magically disappears, Scott realises the man he startled was Santa, and his son convinces him to finish Santa’s work so the kids of the world will still have presents the next morning. The trouble is that by putting on the suit, Scott has accepted the “Santa Clause”, which means he has accepted the position of Santa… Whether he wants to or not.
‘The Santa Clause’ was well received by critics and fans alike, and went on to spawn two sequels; ‘The Santa Clause 2’ and ‘The Santa Clause 3: The Escape Clause”, which also starred Martin Short as Jack Frost, the main antagonist of the film.

THE NIGHTMARE BEFORE CHRISTMAS
Directed by Henry Selick, this stop motion animated film is based on an original story by Tim Burton is the story of Jack Skellington (Chris Sarandon), the King of Halloween Town, who has become disillusioned with Halloween and searches for something new. When Jack accidentally discovers Christmas Town, he concocts a plan to take over Christmas and try to get the magic back into his life.
‘The Nightmare Before Christmas’ originated in a poem written in 1982 by Tim Burton when he was working at Walt Disney Pictures, but the film did not go into production until 1991. At the peak of the film’s production, 20 sound stages were being used to animate the film. With songs by Danny Elfman – who also provided Jack Skellington’s singing voice – and a story about accepting yourself for who you are, ‘The Nightmare Before Christmas’ was incredibly well received at the time of its release, and has been reissued several times, including in 3D, and has become a cult classic… Even though debate still rages as to whether ‘A Nightmare Before Christmas’ is a Halloween or a Christmas movie!

Honourable Mentions to… ‘Jingle All the Way’, ‘Elf’ and ‘How the Grinch Stole Christmas’

Which Christmas movies do you love to watch every year? Do you have a soft spot for ‘Love Actually’ or ‘Miracle on 34th Street’? Let us know in the comments below!