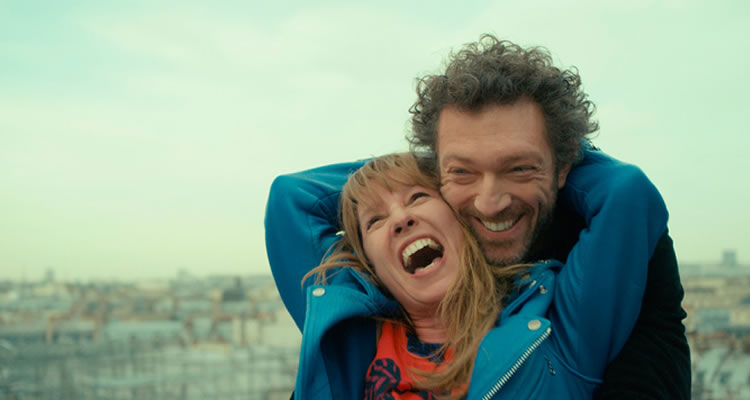 MON ROI (France/TBC/130mins)
Directed by Maïwenn. Starring Emmanuelle Berco, Vincent Cassel, Louis Garrel, Ludovic Berthillot, Camille Cottin, Félix Bossuet.
THE PLOT: As Tony (Emmanuelle Bercot) recovers from a skiing knee injury, she reflects on her life – a therapist tells her a knee injury is symbolic since the knee is a joint that only beds backwards. Through flashback, we learn of her relationship with the enigmatic cad Georgio (Vincent Cassel), which goes from flirtatious to serious, to dangerous in quick succession.
THE VERDICT: Emmanuelle Bercot returns to Cannes for the second time in a week – she directed the opening film STANDING TALL – as lead actress in this often funny drama about emotional abuse within a seemingly perfect relationship.
Bercot plays Tony as a woman we know; we have met her, we are friends with her, or we have been her. Tony is so blinded by Georgio’s charm and her love for him (or should that be dependence on him?) that she willingly puts up with abusive and manipulative behaviour from him. Bercot is strong in the role, and treads the line between victim and survivor well. Vincent Cassel turns on the charm as Georgio, making the character seem playful, charming and fun; making it easy to see why Tony fell for him. Cassel also swings between charming and emotionally abusive, and often turns between the two quickly. The two are strong on screen together; their banter and arguments alike feeling honest, intimate and real. The rest of the cast is made up of Louis Garrel, Ludovic Berthillot, Camille Cottin and Félix Bossuet.
Etienne Comar and Maïwenn’s screenplay feels honest in its portrayal of an abusive relationship, with Tony often driven to the edge of despair, but always returning for more. Whether this is addiction, dependence or simple blindness is never explained, but Tony’s reaction to a therapist’s claim that she is carrying suffering crystallises her thoughts, spurring her reflection over her life, and new friendships. The build up of emotional abuse is carefully written, with Cassel spouting such arrogance as ‘Defying me, are you?’ before riling Bercot into a frenzy then making out she’s the dangerous one.
As director, Maïwenn has a strong handle on the relationship between Tony and Georgio, but she does allow the film to dwell on the good times, before rattling through the good times. This means the pacing of the film is something of a mess and, although it is enjoyable to spend time with the couple when things are good – including the most hipster French wedding ever – the audience is often left to wonder where the film is going, if anywhere at all.
In all, MON ROI is an interesting look at the nature of abuse, and how much someone put up with before they realise the situation they’re in is toxic. The trouble is that the film is badly paced and, although Cassel and Bercot are great together, this means the film often feels drawn out and slow.
Rating: 3/5
Review by Brogen Hayes