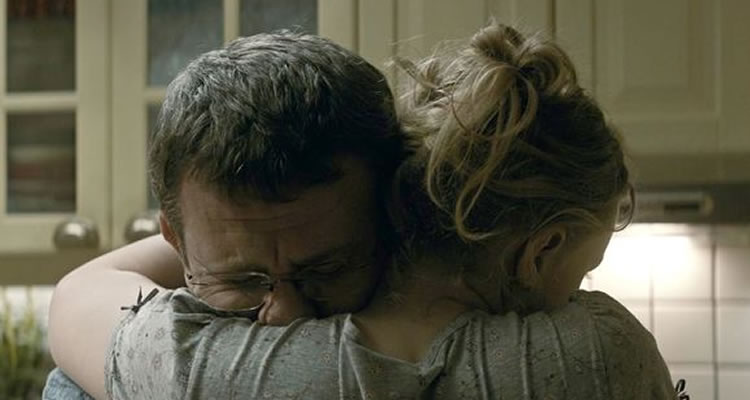 GRADUATION (Romania | France | Belgium/TBC/128mins)
Directed by Cristian Mungiu. Starring Adrien Titieni, Lia Bugnar, Maria Dragus, Maliana Manovici, Vlad Ivanov.
THE PLOT: Romeo Aleda (Adrian Titieni) is a man with what seems like a perfect family life; his daughter Eliza (Maria-Victoria Dragus) is a highly achieving high school student, his marriage seems solid and he is a well respected doctor. Underneath the surface however, Romeo’s marriage is on the brink of ending and he is having an affair with Sandra (Malina Manovici). When Eliza is attacked and may be unable to complete her finals – upon which her scholarship to a college in the UK rests – Romeo makes some difficult choices to save his family, ones that have repercussions.
THE VERDICT: Director Cristian Mungiu returns to Cannes this year with this family drama; a festival that awarded ‘Beyond the Hills’ Best Screenplay and best Actess in 2012, and Mungiu himself the Palme D’Or in 2007 ‘4 Months, 3 Weeks and 2 Days’. This time out, Mungiu tries to follow in the footsteps of the Dardenne’s mystery solving ‘The Unknown Girl’, but the drawn out running time means the film loses momentum.
Adrian Titieni is strong in the lead role as Romeo; a man who has always been honest and turns toward shady dealings for the first time. Titieni makes Romeo slow to anger, but the character seems to be thoughtful and practical, taking everything in. Maria-Victoria Dragus is fine as Eliza, but other than cry and look scared she doesn’t have a whole lot to do and Malina Manovici is again fine as Sandra, Romeo’s woman on the side, but she is not really given a chance to explore the character fully. The rest of the cast features Lia Bugnar, Vlad Ivanov and Petre Ciubotaru.
The screenplay, written by director Cristian Mungiu, attempts to shine a light on corruption in Romania. By making Romeo a doctor noted for being honest, this says a lot about the country that he lives in – a country that he came back to in 1991, thinking he could “move mountains” – but Romeo’s descent into shady dealings – even if it is just to help his daughter pass her exams – is rather easy, which again shines a light on the state of the country. Aside from that however, the film seems unfocused; drifting from scene to scene, with no character ever seeming that bothered about the big emotional stuff, making the breakdown of a marriage on screen one of the most amicable ever seen. As well as this, there are questions raised that are never answered, and plotholes abound.
As director, Mungiu makes the central performance strong, for the most part, but this then leaves the rest of the cast out in the cold. The choice to have emotionless scenes where drama and passion could have made for a more engaging film is a strange one, as is the choice to have no strong pacing in the film, which leaves it dragging its heels for the most part. As is to be expected, there are no clear answers here, but a stronger edit could have made for a more compelling film.
In all, Graduation is a film that feels familiar and predictable at times, and struggles to keep audience attention as it meanders through an emotionless plot. Adrian Titieni is strong as Romeo, but the rest of the cast struggle with the little they are given to do, and the message about the state of Romania’s corruption is made obvious from the start, and repeatedly hammering the message home just drains it of any power.
RATING: 2/5
Review by Brogen Hayes